A dice tray is container that you can cast dice into that will prevent them from rolling off the table or knocking game pieces. Ideally, it should have -

A relatively small footprint to not take up too much table space.

Inhibit dice from landing on an angle ie not flat

Have soft surfaces to reduce the clatter of dice and reduce wear.

Commercial dice trays are available but always seem very expensive. I'm not looking for solutions that keep the dice always constrained as I want to be able to choose to throw different amount of dice. I'm aware there are many dice simulator apps but they don't handle all non-standard dice (eg. symbols rather than numbers) or work well in bright sunlight and just aren't as visceral.

Thanks for the ideas. I've actually gone with an idea I found on the web after asking this question here. I bought a cheap deep box frame (like a picture frame but can hold 3d objects e.g. seashells mounted on a backing). I then glued a piece of felt directly to the backplate and remove the glass. I stuck some bits of felt on the rear, now underside, to act as feet. I'm very pleased with the result and it looks good too.

How about neatly cutting a piece of carpet, mat etc to your desired size and gluing something like card around the edge. I'm sure there are various materials and styles you could use. Post your comments with material/style suggestions if you have any!

Get a microwave cooking tray (the hard melamine variety) with a clear cover. These generally have a flat bottom on the interior and are sometimes found at no extra charge in microwave frozen meals -- enjoy the food, and then wash the tray and cover carefully. To manage clatter and improve the roll of the dice, you can glue a piece of felt or foam rubber sheet (sold in craft stores) into the inside. Rubber cement is a good glue for this; it'll stick equally well to felt, foam sheet, and melamine, and you can peel the lining out later if needed for cleaning.

When ready to throw, put the dice into the tray, put the lid on it, and shake the entire tray, then put it down on the table while the dice are still moving. If you prefer, you can glue foam sheet on the outside of the bottom as an anti-skid pad and throw the dice into the tray with the lid off. Either way, if you've chosen a tray with steep sides, the dice should land on the internal felt or foam surface without cocking or over-rolling, and be easily read through the clear plastic cover.

There are a lot of things you could use.

For example, a cardboard shoe box is about the right size. So would a cereal box laid on its side. To soften the sound of the dice rolling, get an old dish towel, cut it down to a rectangle the same size as the base of the box, and staple / tape / glue it in. You can also cut the sides of the box down to a lower height.

Another option that might be noisier is a 9" circular cake pane. (I just found one online for $4.00.) Again, you can cut an old dish towel to a 9" diameter circle and use double-sided tape to stick it in the bottom of the pan and quiet the rolling dice. 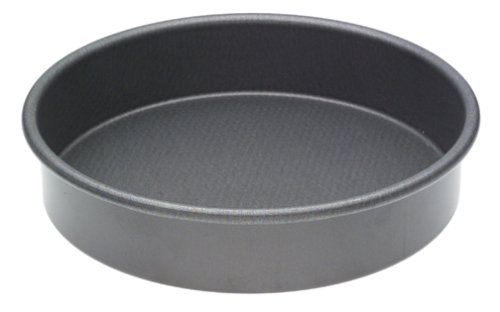 Choose a lid of a shoe boxed or similar - you can get free ones from kid's shoes at stores, if you need a smaller version. Bonus: If you use a lid of a box you already use, you can just put it back after your game. Cardboard is "soft" enough that the dice shouldn't clatter too much, making lining the lid optional.

Or raid your kitchen: A low lunch box or other plastic box should be roomy enough that the dice can roll, yet small enough to fit on a table.

Any kind of soft fabric or foam should reduce clatter. Find an old towel / rag to cut up to size, just remember that the fabric should be free from folds and have an even surface, otherwise your other players might claim that this influences the dice too much.

Not the answer you're looking for? Browse other questions tagged substitute-tool or ask your own question.