How can I untie this knot?

Common packages of potatoes in Sweden are sown shut with the knot shown in the picture below. As a child my father once showed me how to untie it by grabbing one or two ends of it and it would untie itself by just pulling. Now every time I have tried this during the last years, it just ties itself harder.

Is there a way to untie this knot in the magic fashion of just pulling it the right way? 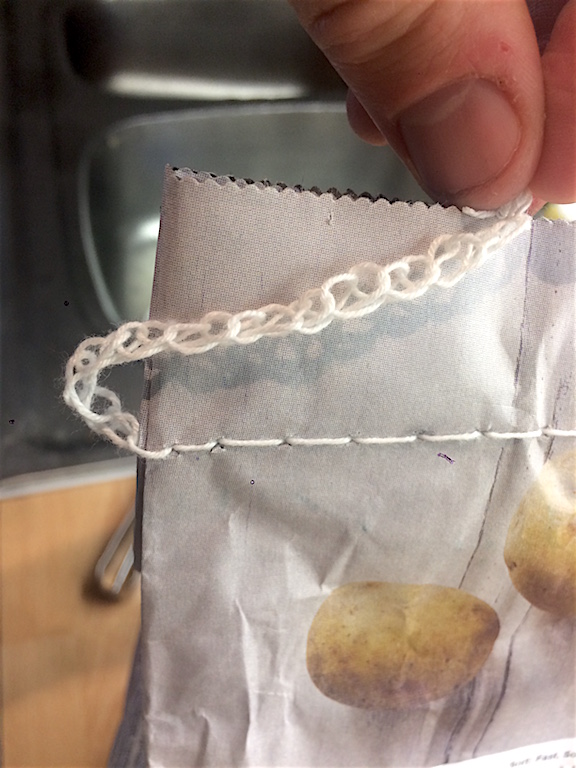 On the other end of the closure from that in your photo, you can pluck the thread of the last stitch on one side (the "flat" looking side, as I recall) between two points of penetration through the bag and tape. This will start the stitching unraveling, and all you need to do is keep pulling and the entire closure will come undone.

Perhaps instead of even just untying the knot in the first place, you could instead use a knife to cut off the knot from the bag itself.

8
How can I accelerate the ripening of bananas?
5
How can I keep guacamole from turning brown?
11
How to untie sacks properly (eg bags of charcoal)
0
How can I eat salad without making a mess?
11
How can I sharpen a knife?
3
How can I keep washed salad for a long time?
5
How can I keep take-away fries crispy longer?
4
How do you open a bottle like this?