Many times, I find small red spiders on the ceiling in my bedroom (usually on the corners) and I always have to use a tissue to kill it and put it in the toilet. However sometimes I miss and it climes onto my tissue, which scares me and I drop it onto the ground where I lose it.

Is there a way I can kill a small spider without the chance of it escaping?

Forgot to mention, I can't use bug spray because I don't want the gas to be in my room.

Make a ball of adhesive tape on a one side of chopstick (or something else you want) but inside out, and strike the spider with it. Then do what you want with glued spider

All you need is a glass or cup and a piece of paper. Trap the spider in the glass against the wall, then slide the paper between the wall and the lip of the glass, fully covering the mouth of the glass. Place your hand over the paper to keep the glass sealed, then dispose of the spider in whichever way you wish. Down the toilet, out the door, you choose!

(This has not been tested on spiders that can jump)

Get PineOCleen multi purpose spray or some other strong liquid spray cleaning product and spray onto the spider. This will "immobilise" the spider for a bit, so you can place a tissue to kill the spider and won't be afraid that the spider can run away, because it can't.

Also this will help prevent spider blood from staining the walls. You don't have to use the tissue so hard.

Shoot it with a rubber band.

Rubber bands can be found near a postal drop box. These boxes are for the postal service to store mail so the delivery person does not need an automobile. Mail is typically bound with rubber bands, and delivery people tend to discard the bands on the ground.

Arm the rubber band and approach your target. Each step closer increases your killing chance, but also that you disturb your prey. Steady now.

If you shoot a rubber band at a spider from the distance of a foot, you will probably be successful.

They're probably clover mites. They are usually found outdoors, eating plants. They also hang out in grass. New edit I re-read this and realized I didn't really answer your question. These little buggers are pretty resistant to most pesticides (pesticides are bad anyway), but you get them off plants by spraying with dishwashing liquid mixed with water, or hot sauce and water, or essential oils and water. Someone mentioned spraying them with alcohol, so you could go with that. It sounds like you have a lot of them, so you'd have to spray a lot. Also, you can prevent them from getting in your house by caulking, sealing, etc.

As you're arachnophobic like me, I suggest you that the vacuum cleaner is perfect method, with no risks of the bug escaping. Along with the shock due to the inertia + things in the cleaner, would kill them. Vacuums are smaller and more powerful these days!You'll feel like a Ghostbuster !!!

Rubbing alcohol in a spray bottle works and the alcohol evaporates quickly.

Edit: Sorry, just realized this had a question!

Bug spray would probably leave some residual poison, rubbing (isopropyl) alcohol is pretty safe, meant for use on skin. 91% alcohol works better than 70-something.

Outside or in the garage I have used automotive brake cleaner spray on black widows, wasps, etc. Works fast! If you intend to collect the spider as a specimen be aware that the brake cleaner may remove the coloration of the "hourglass" marking on a black widow. Also might damage a little paint on your house. Big spiders can take several sprays of alcohol before they kick the bucket!

Suck the monster up with a vacuum cleaner. (Don't store the machine close to your bed afterwards, because the spider will surely crawl out at night to attack you!) 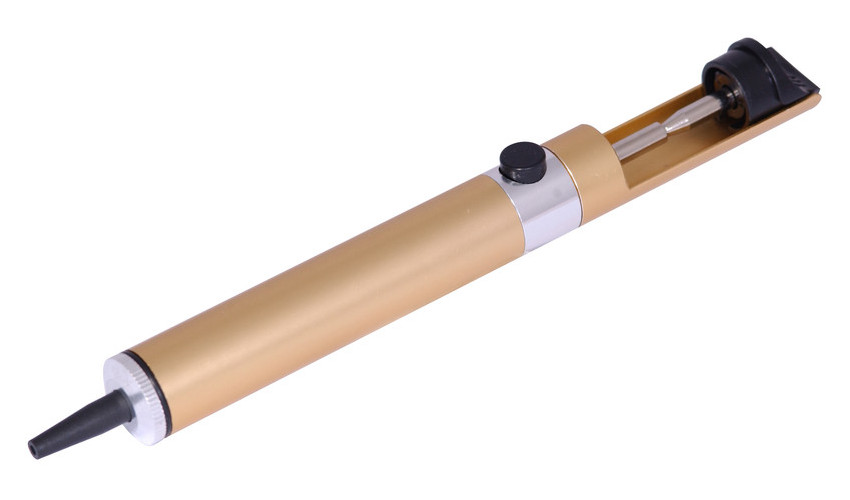 If you're too lazy to drag the vacuum cleaner to the bedroom, spend a few euros on a tin sucker, aka desoldering pump. A small and simple device. Useful for targets up to a few millimeters. It is more-or-less animal friendly: there is a good chance that the poor bug gets caught alive.

If you're more concerned with killing it than getting rid of it then use some compressed air or a gaseous deodorant can and turn it upside down before spraying. This makes the can spray an extremely cold residue that can easily kill a spider. I've done it before and the only issue is that you need to get rid of it afterwards. Something like compressed air would be perfect since there's no noticeable gas given off except for regular air.

Not the answer you're looking for? Browse other questions tagged home bedroom or ask your own question.

76
Is there any way to kill a fly without a flyswatter?
24
How to quickly cool off a room without a fan?
52
How do I find and kill a single mosquito in the middle of the night?
6
How to find a spider when there is a spider web?
3
What is the best way to clean up the spider webs?
8
How can I use my laptop, while lying in bed, without it touching my body?
1
How to find vanished medium-sized spider?
3
Make a home massage bed alternative without drilling a hole in the bed?