After playing soccer on muddy pitches, are there any recommendable ways of getting rid of the mud stuck between the studs and generally on the shoes/boots/trainers/sneakers?

The UK TV show 'Dragon's den' featured an invention by a 15-year-old schoolboy, which is now just coming to market, with the support of an almost unprecedented three of the 'Dragons' from the show.

Boot Buddy was designed specifically for the task you describe.

Failing that, the old standard solution of a hosepipe or outdoor tap [faucet] & a scrubbing brush has worked for many people for many years.

For those who don't know the show
Dragon's Den has a panel of 5 highly successful businessmen & women, known as the Dragons [not least for their ferocity in grilling less-capable candidates], who invite potential new inventors & business startups to make their case for investment into their company. The Dragons invest their own money & time in the successful applicants' businesses, & of course, share in the rewards if the business grows.
The show has actually turned out some extremely successful, multi-million pound businesses in its 16-year lifespan.
I understand Canada also has a version of the show & it was also re-named to Shark Tank for a US version, so it may be better-known than I originally thought.

If you aren't looking for perfectly clean shoes, just walk through a shallow puddle (or embrace your inner child, and splash around). The water very quickly rinses off the mud, and you can do it in shallow water that won't leave your shoes soaking wet. This is most easily done when the mud is still wet.

I lean them sole up at like 45 degrees and hit them with garden hose and a high pressure nozzle. 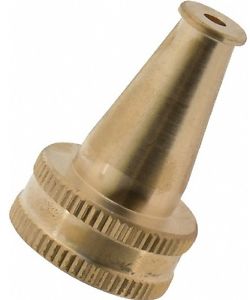 Not the answer you're looking for? Browse other questions tagged cleaning sports or ask your own question.

15
How to quickly dry wet sneakers?
8
How to fix a dented ping pong ball?
10
Safeguard tennis trainers against worn heels
7
How to make an ice pack that doesn't leak
2
How to remove mildew from leather shoe
4
Remove wet sand and mud from shoes
9
How to dry shoes quickly after washing them?
7
How to wash a sieve?
3
My shoes have dyed a different colour after cleaning
2
How can I remove the orange color from my shoes midsole?