A message from our CEO about the future of Stack Overflow and Stack Exchange. Read now.

How to remove the broken part of the tip inside of the stylus of Sony Digital Paper DPT-RP1?

I have a Sony's Digital Paper DPT-RP1 and it's great. Unfortunately, Its stylus tip seems to be prone to breaking in halves, as documented in multiple forum posts, as well as the multiple answers to this question. 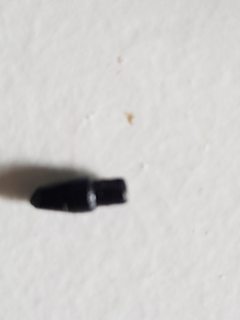 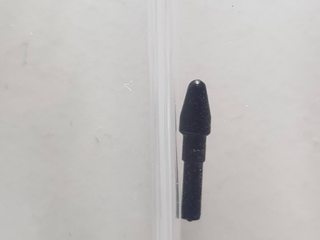 When the break happens, the first part of the tip is totally stuck within the stylus (there is a kind of latch mechanism to hold it in place) and I don't seem to be able to find a way to get it out. 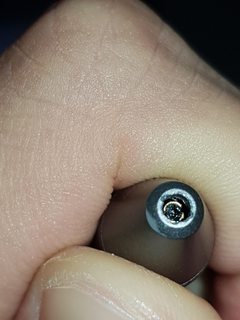 The distance from the outside of the stylus to the broken part is about 2cm.

I tried to use a needle to nudge it out to no avail. I guess it's really tightly snatched in place by the mechanism around, and it's really long.

I don't want to buy another stylus which would cost me more than 100 USD... Is there any hope to get it out somehow?

Maybe it would work if you heat a thin needle to the point where it melts the plastic the tip is made of, stick it into the stuck part, wait till it cools and solidifies, then pull the needle? Could check first on the other part of the broken tip to see if it would work on that kind of plastic. Or use a really thin drill to drill a hole in the center, put a slightly thicker screw into it, pull.

This happened to me this morning, but I successfully got it out. What I did was take a thin bobby pin and ran the tip of it along a rough piece of metal in one direction over and over till I bent the very tip into a tiny hook. Then I inserted it into the stylus to the side of the latch mechanism's opening. I made the sure the hook was facing the broken plastic tip and I carefully barely ran it back and forth and pressing against the plastic to make a small groove so I could try pulling it out. I had to try it a few times and it didn't seem like it was working till I took another look inside and realized it popped out at some point during the process. I don't know how far back the coils for the active digitizer is, so don't go too far back; just enough to tough the broken plastic tip. Hope this works for you or anyone else reading this!

I just did this. All it took was a pin (I used a safety pin, because it's easier to get a grip). I jabbed it into the top of the tip HARD and then slowly pulled up. The tip came right out, first try.

Superglue works well! I've tried the needle heating method but the needle just couldn't pull out the broken part even though it's already penetrated half of the tip. So I applied a little glue on the surface of the needle then stick into the hole and waited for about 2 min to pull the whole thing out~ 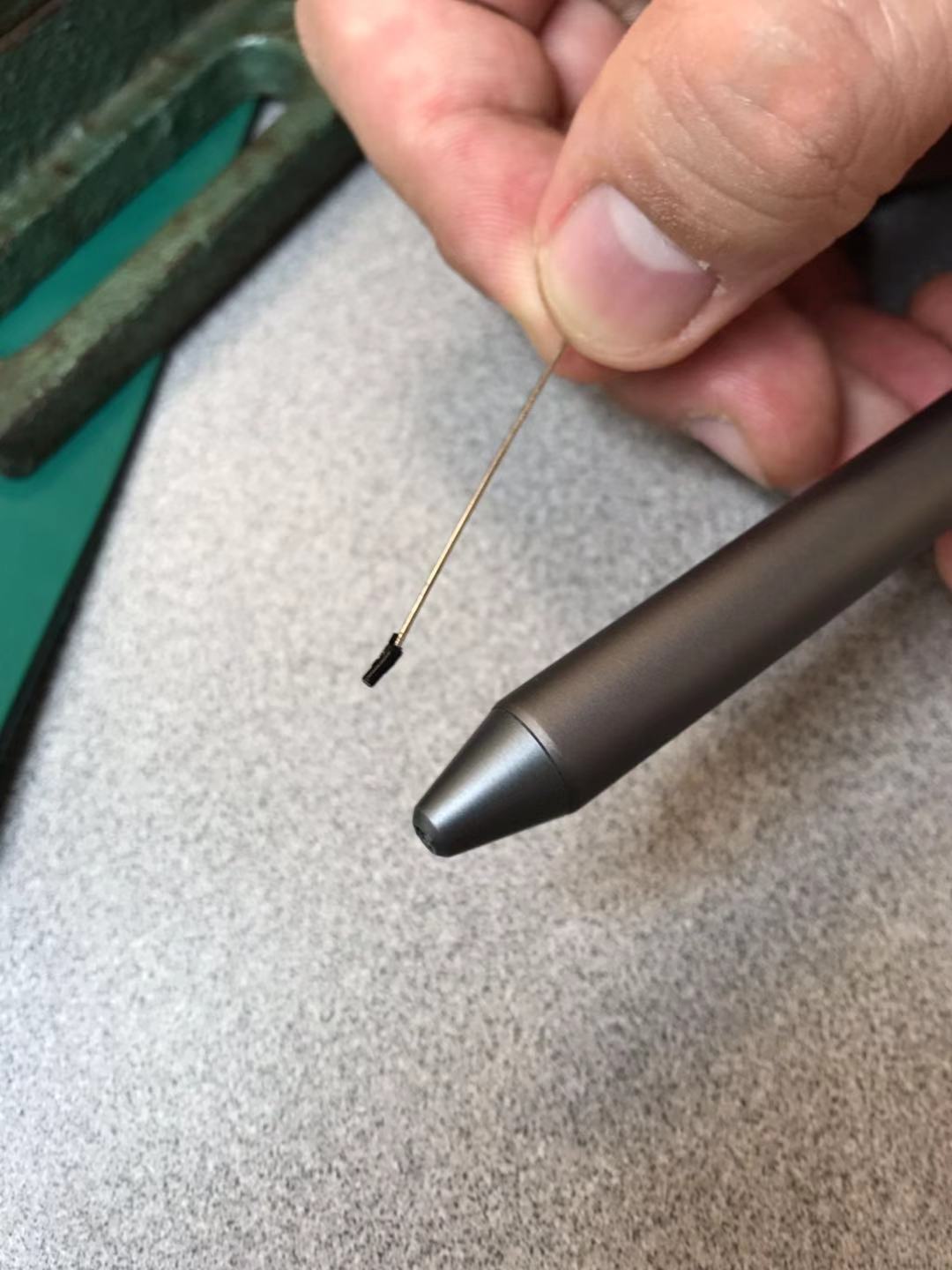 Steps: 1. Go Amazon and search "beauty needle" (I got one from my hero mom!) 2. Get a cheap needle like this: 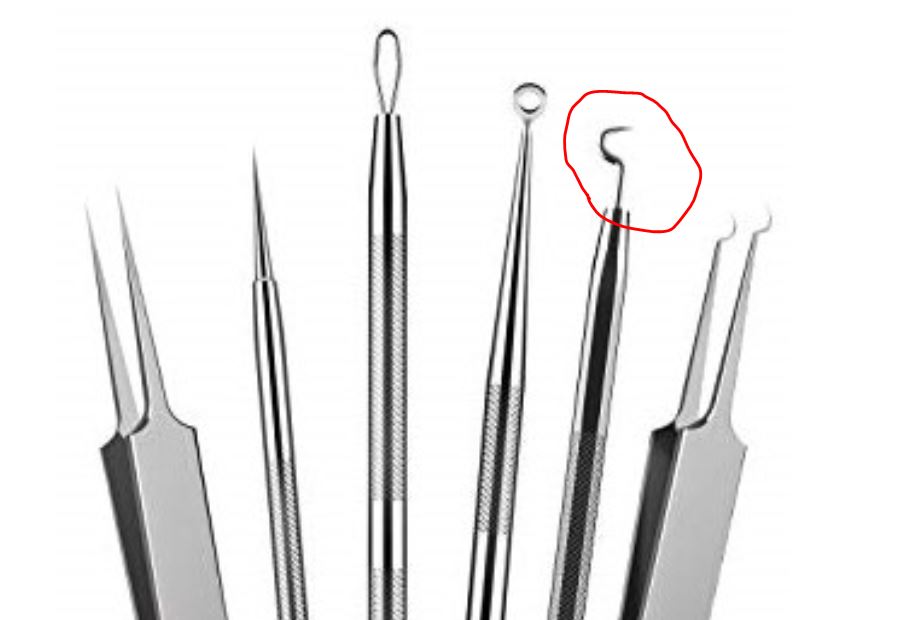 3. Insert the needle, hook the tip, and slowly pull outward, along the gap: 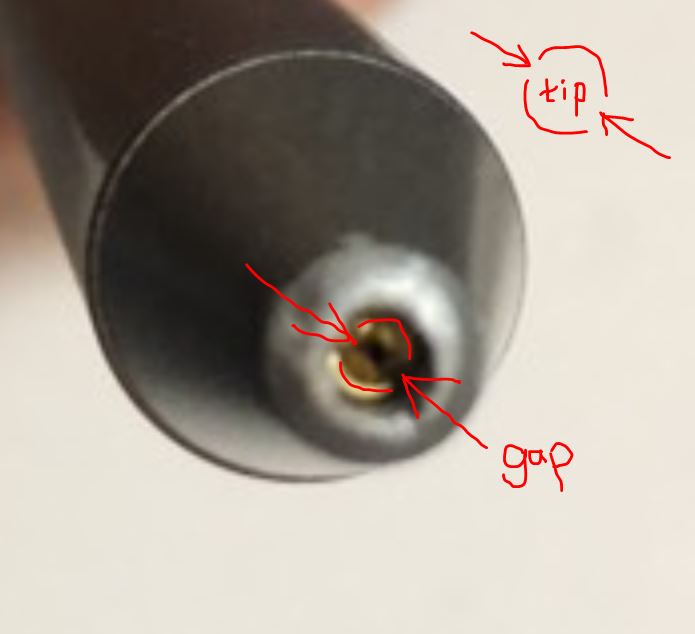 I managed to pull it out using a heated injection needle. You have to be quick and try to penetrate the plastic as fast as possible after the heating. Also wait at least a minute or two before pulling out.

12
How can I remove sticky residue left by a vinyl sticker from the back of my iPad?
5
How to remove laptop security cable without damaging the the laptop
5
How do I clean the inside of a keyboard that I spilled a drink into?
11
How to clean the inside of a desktop computer without a vacuum
2
How can I grip a soldering iron close to the tip without burning my hand?
1
How can I remove the bearings from a hard drive motor?