How to hold an umbrella to cover two people?

When you're with someone outside and it suddenly starts raining and only one of you has an umbrella, you'll most likely squeeze under that umbrella with that person.
In my experience one of the people always get's more dry/wet than the other one.
If you are the one holding it: how to correctly hold an umbrella so that both people be equaly dry?

Generally, you want the umbrella to point in the direction where the rain is coming from, so you make use of most of the surface your umbrella can cover. Then the two people should stick as close together as decently possible.

So in short, unless there is no wind there is no one correct way to hold the umbrella to cover the two of you. It is rather a matter of paying attention to where the rain is coming from and to adjust the position of the umbrella continuously to provide cover equally. Also, you may want to consider getting yourself one of those extra large umbrellas, when you expect to share one frequently.

It's a good question. While using an umbrella, the portion that you can save out of the rain is as highlighted below: 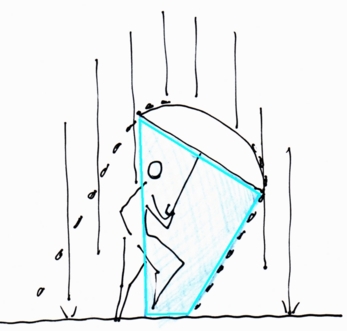 In order to get both of them equally dry, you should keep going side to side as shown below: 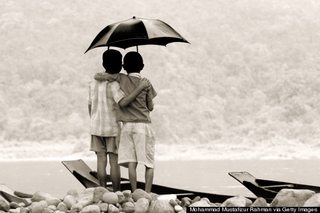 Or you must have a big umbrella like one of these: 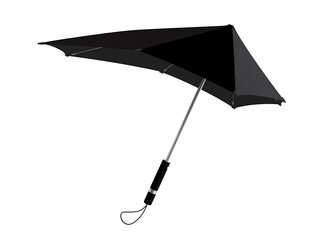 Not the answer you're looking for? Browse other questions tagged weather or ask your own question.

12
I'm in the rain without an umbrella, how can I get home quickly without getting too wet?
8
How to waterproof your shoes?
22
How to start fire with wet fire wood after it has been raining or snowing
9
How do you get into or out of a car during rain without getting wet?
0
How to keep an inclined driveway clear of snow?
5
How to protect a car from hail?
3
How to deodorize the bad odour in footwear due to wetness?
1
How to avoid water condensation on window frames on cold days?
0
How to protect a washing machine from weather?