Preventing children from attacking my house

Last weekend, I had a little Halloween party in my house, all the theme ornaments brought the children from the neighborhood attention to my house. Especially because it's not a common celebration where I live (Brazil).

That night, like every kid in the world, they needed to do something stupid, so they turned off the electricity of the house.

You can do that just by turning off the switch that stays in front of the house. Usually, this switch is protected by a padlock, but not in my house until that day. 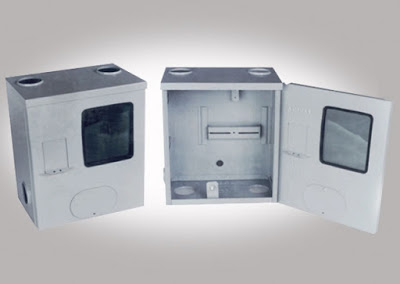 So, next day I went out and bought a padlock...

I really do not know what to do, I can not stay outside waiting for them to show up, because they come in some random times, and I can't afford for some kind of surveillance equipment.

I tried what einpoklum suggest and here is the results:

When i meet the first parent he said that those children deserve to get shot, so i took an step back and stopped worrying about them and a few days later they just stopped attacking my house.

(I'm assuming these children live in the surrounding buildings.)

Let's try the social approach: Go talk to some parents and children in the neighborhood whom you already know (at least casually), explaining your predicament. "Humanizing the target" for these children may get them to dissuade their friends from trying to attack your home. Also, if you can get these kids to put you in touch with a couple of their more popular friends - by promising you don't intend to have them punished - you might be able to contact the ringleaders directly. It's quite likely they will be satisfied by something other than stoning your house.

Fight back by throwing rocks at them or things they dont like. Beating them in what they excel can make them think not to do it again. You are a grownup, just intimidate them into leaving you alone.

Not the answer you're looking for? Browse other questions tagged safety energy home or ask your own question.

14
How can I prevent spiders coming into my house?
4
How to get rid of bandicoot around house
11
Clothespin alternatives
2
Smoke smell in my house
8
How to deal with kids playing outside my house?
1
Get rid of house fly problem?
4
How to get package into house discreetly?
2
Detect whether inside of house froze
1
How do I live with noisy neighbors?