How to store different sized folders at my desk?

I have several folders for different files. The problem is, they are all different size and not all of them are made of hard paper but some are made of plastic etc.

I think it is no problem storing them next to each other when they are all these heavy and widte office folders but in my case they just don't look good and I don't know where to store them. Until now they were just stapled alternating them so that they don't fall in one direction.

How can I store those folders best? 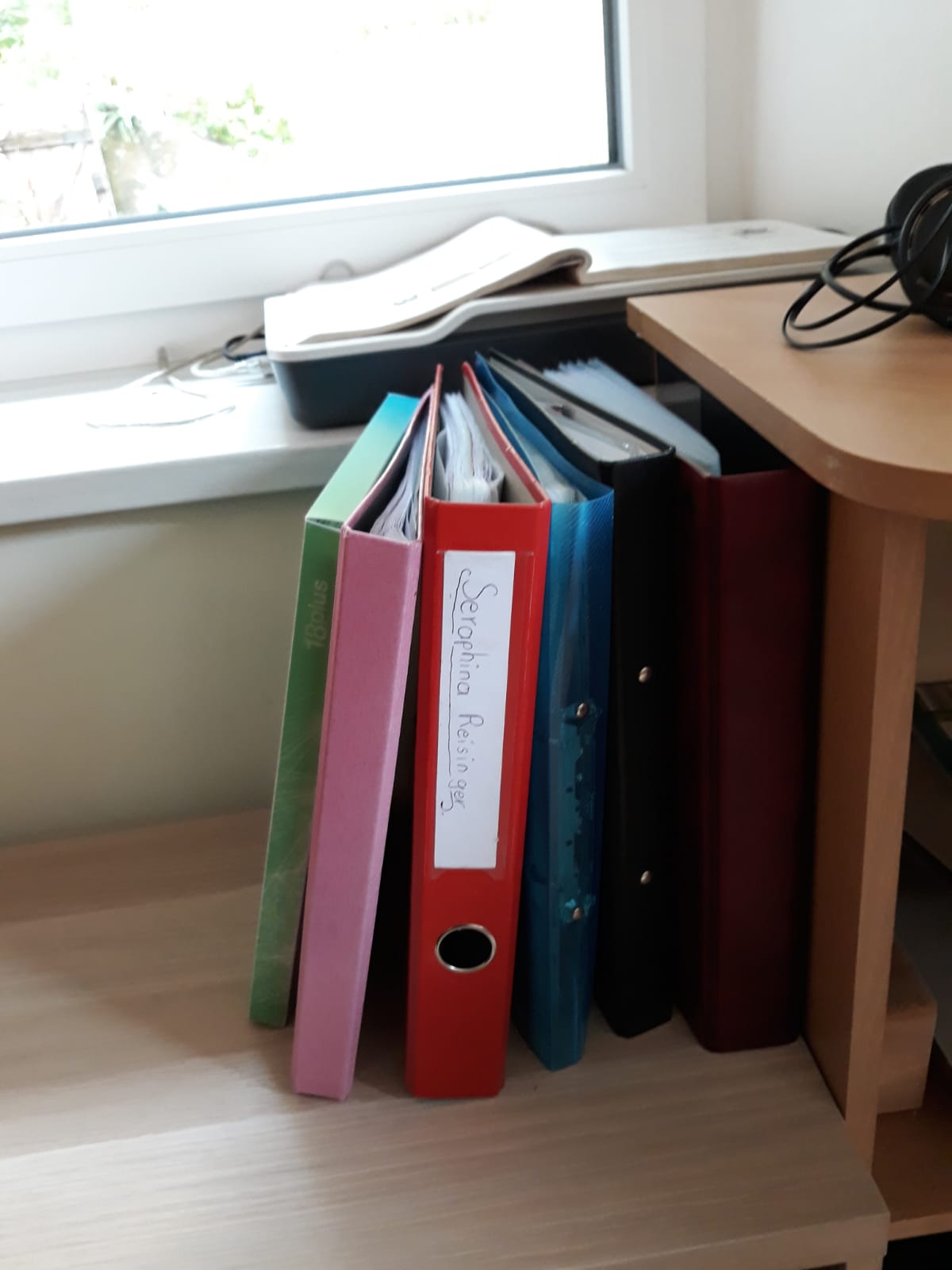 How about stacking them horizontally, (alternating the direction, so that they won't slide). The downside of this is that the labels won't face the same direction. 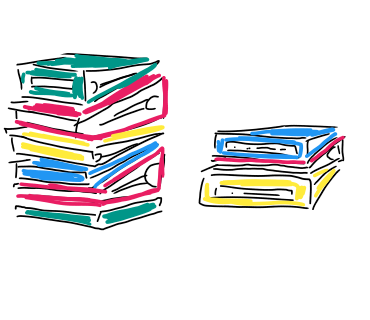 To avoid books falling over there are book angels, one may already be enough.

An inexpensive desk accessory (a sorter) has from 4 to 7 slots for your folders.
They are available in plastic and metal for about $5 (Canadian).
The sorter will hold your folders vertically - neatly and efficiently.
Look for them in office supply equipment outlets and stores. 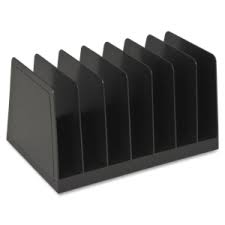 Edit: I use one vertically as pictured for files and one on its side with the "fins" facing forward so that I can slide my loose-leaf "binders" into and out of a slot rather than lifting it to put it between two fins.
Either way works.

As you no doubt have found, these folders are fairly awful to store in any meaningful sense and I'm reasonably confident that they weren't actually intended for long term storage, or to be stood up, unless in a specifically designed circular cabinet (I've seen one in an office supplies shop and it was kinda neat- dimensioned perfectly to take a bunch of identical folders with a max number of pages and rotating to give access without walking round the cabinet. )

You have, however, said that you don't want to obtain new folders or specific cabinetry which limits your options (effectively, you're asking the impossible, trying to find a solution to a problem caused by this mishmash of folders being a crap solution to the problem of document storage)

I've had a proliferation of these folders before and found storing them so their spines are pointing to the ceiling and the front/back covers are vertical kept the contents in better condition - they're hence stored slightly open and thus are more cuboid shaped than wedged shaped. They get support from each other but need a book end. Works best when the inner clips have four rings rather than two. Also doesn't work well for weak ones like the plastic

Alternatively some device that has fingers sticking out along a strip that is secured to the wall, with the folders being supported in their current orientation by the fingers- effectively each folder having its own pigeonhole/slot in the supporting device. This needn't be a complex device; even a length of foam based central heating pipe lagging with a slot for each of the folder covers to wedge into..

All in, my vote - toss them out and get a filing cabinet. Or scan/photograph the contents so you can refer to an on screen copy of the document, then store the paper versions in their files, flat as someone else advised (stack alternately so they stay level as the pile rises)

Not the answer you're looking for? Browse other questions tagged office-supplies office or ask your own question.

6
How to organize things/books in a packed shelf?

8
What can I use to hang my headphones off my desk?
4
How to remove superglue from a desk?
3
How can I keep an awning window open?
2
How to prevent being startled by co-workers while listening to music at your desk?
5
How to stop static shocks on the office?
5
How to make your desk at work less reflective?
3
Desk(s) configuration problem
0
How to flatten a wavy plastik desk pad?