How to remove screws with stripped heads?

You can use a good knife or other very sharp and very hard tool and make small parallel scratches on the screw (whatever is left of it), alternatively one deeper scratch in the middle. Then use the hack of abby and a flat tool. I found it most useful to use the inbus (hexagonal screw) bit of my tools to be perfect for this. Depending on the situation you have at hand a rounded tool may be of more use.

You need to apply a lot of downward force on the tool to do this.

That way you will press the rubber band into the small scratches and when you turn the tool it will start twitching slightly. This takes some time to produce results but works. You can monitor the progress if you make the scratches parallel to something nearby.

This assumes the screw will turn at all, so you might need to lubricate it before doing this. If its rusted in or otherwise totally unturnable, you might have lost.

Try placing a rubber band between the head of the screw and the screwdriver. 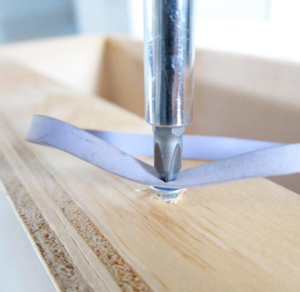 If the head is not counter sunk, a pair of lock grip pliers (vice grips) can be used to grasp the head of the screw and turn it.

I want to follow up by saying how to prevent stripping a screw. Go ahead and twist most of the way in. When it gets to the last and starts becoming tight, stop twisting and start bumping. Use small bumps and never large moves.

How about trying to epoxy or super glue a tool to the screw? Or glue something to what's left of the screw so that you can grip it with pliers or a wrench?

This can be precise work, so you might want to mask off areas you don't want to get adhesive on. You could use what ever you are going to glue to the screw as a punch through the masking tape to create the mask.

I know this is very late, but I know a great hack for this. All you need a matchstick. All you have to do is use the square bottom of the matchstick and put it in the screw. Now, you can get the screw out by using the match like a normal screwdriver. 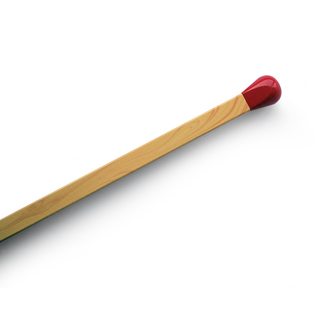 there is a tool called an easy-out that you can stick into the chewed-up screwdriver hole of a phillips-type screw head and, grasping the easy-out with a pair of pliers, unscrew the stuck screw. It may be difficult to find one small enough for your hard drive, but well-equipped hardware stores have them in a variety of sizes.

Don't forget that you can cut a slot into the head of any screw with a worn socket. A small grinder such as a Dremel Tool, or a fine-tooth hacksaw if you can get at the head of the screw or don't mind defacing the surround especially if it's a washer or bezel that can be replaced.

Also, there are various other shaped driver blades that could fit a worn/stripped Phillips, posi-driver, or screw-lox screw head socket such as a square-head Robertson driver.

Not the answer you're looking for? Browse other questions tagged home hardware or ask your own question.

6
How to remove / prevent burns on a shirt from an iron?
3
Is there a non-mechanical solution to unclogging a sink drain?
27
How to remove really old masking tape?
3
achieving a stable video-call experience with an infant or toddler
1
Removing rubber earbuds
2
How to secure the drill bit to the tool body?
0
How to disable our outdoor motion light?
1
How to reduce intensity of air flow from my window AC unit
2
Better location for deep freeze: garage or inside the house?
3
How to remove the the lip on pull top cans