As someone who is oversensitive to touch, I find headphone to be painful. I can't wear an "on-hear" headphone and even the "around-hear" can be painful if I wear them for too long. Worst, if I need to use my glasses at the same time (to be on the computer for example), I'm unable to do so because of the pain.

I'm also oversensitive to noise (but less than to touch) and I would like to have some solution to "cancel noise" in everydays situations (in the open space, in a crowded place, etc...).

Due to my oversensitive touch, a noise-canceling headphone isn't a solution. However, I think something similar to an Ostrich Pillow could be a solution (but not the real version since I want to be able to see things).

So, I was wondering if you had some DIY tutorial I could follow to make a comfortable noise-canceler (or just a product that fit my need I could buy)? It doesn't need to be for making some kind of Ostrich Pillow, I'm open to other solution as well. I'm also open to solutions for a noise-canceler that you can't easily cart around and who isn't supposed to move after you have installed it (for an open-office scenario for example).

The big point to remember:

Would simple earplugs help? There are a variety of designs, including memory foam plugs that gradually expand in your ear. You may be able to find a set that fits gently and doesn't bother you. 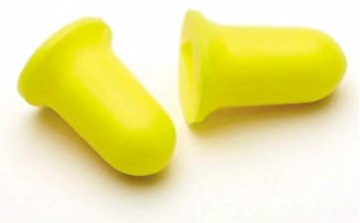 This is not really an answer, but something for you to bear in mind:

Sense tend to adjust; the more you try to spare them the more acute they become. If your sensitivity to sound isn't that bad (if it is just unpleasant, but doesn't give you headaches, for example) I really wouldn't advise you to block everyday noise. This would make your sensitivity even worse eventually.

Use noise-cancelling directional loudspeakers (once available).

I looked into this technology around 2010 when I tried to find a noise-cancelling solution for a friend who had to sleep in a noisy environment. There were some scientific studies and experiments, but no products for "noise-cancelling speakers".

Maybe you have more luck now, but I'm not aware of any ready-made products yet :( I found only a working prototype called SONO. It was presented in 2013, but is not available on the market yet. Also it's not a directional loudspeaker but meant to filter / cancel noises coming in through glass windows – but it would be a partial solution already.

If the only issue with the ostrich pillow is that you can't see, why don't you just cut eye holes into it?

20
Comfortable Ways of Riding a Bike Barefoot
26
Sleeping in a noisy environment
3
In ear headphones are painful to wear, increase comfort or convert to earbuds somehow?
3
How to make sure I can't be heard by neighbours (without asking them)?
4
Common noise levels of reliably constant loudness
1
Managing day-to-day sound from upstairs neighbours
1
How do I live with noisy neighbors?
2
Coping with the dynamic loudness inequality of a Zoom classroom
7
How to find source of deep humming?