How can I clear my shower drain without drain cleaner?

While showering I notice that the drain starts to clog and water start to accumulate, but yet its not totally clogged. What can I do to prevent further clogging, while still being able to continue my shower? 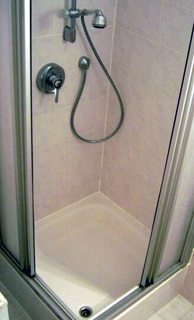 I have a separate shower that happens to have a drain that clogs easily. I try to remember to put drain cleaner into it regularly but I sometimes forget. Also the shower gets used by people with long hair.

I don't have drain cleaner currently and can't go buy some in the next days as the shops are closed where I am, so the drain needs to be open for the next few days (~5 showers).

Long hair has this nasty habit of tangling up and causing blockages, but not enough of a blockage to completely stop the water flowing through it. It sounds like you've got this type of clog further down, I had a similar situation where the drain was clogging up no matter how much hair I removed from the plug hole. Most shower drains come with a mechanism to remove the guard from the plug, once off use a opened wire coathanger or another piece of thin and long plastic or metal to fish around in the drain to find any blockages and try and hook it out.

There are multiple steps that help in this case:

PS: After attempting Andrew's Answer I had to open the drainage system below my shower (I was lucky to be able to do that) I found out that my shower had a build in plunger system that had been blocked by hair and dirt. Most likely even before I moved in the flat (the hair did not have a color one of the regular uses has). So, before attempting his or mine solution pay close attention to your drainage system and inspect it closely (A play dental mirror from my daughters "doctor set" was useful). Do this before it gets clogged and you are full of soap:)

To unclog the drain from hairs use ZIP-IT

Just insert it into the drain, wiggle it little bit and pull it out with all the nasty stuff, repeat until clean. To prevent the drain from clogging again put a drain strainer in the drain. 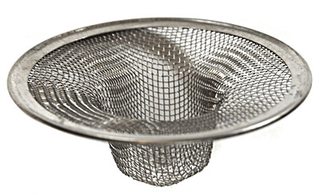 If you have a shop-vacuum you can use it to clear drains in a pinch.

You'll usually need to fashion a adapter/attachment to get the gauge of the vacuum hose to fit inside the drain.

To make an adapter find a plastic bottle with a top that fits inside the drain (I find Gatorade bottles work well because they have a wider mouth). Cut the bottle in half and slide the hose from the shop vac into the bottle and secure it with duct-tape.

Once you've constructed the adapter, using it is pretty self explanatory, just stick the adapter in the drain and turn the vacuum on.

The best for me is the rubber plunger, but when I don't have it I use a long piece of thick wire to clean the drain as much as I can. After that I pour very hot water to dissolve any soap or other material which make the hair stick to each other. Usually the electric water boiler (like the one on the picture) is the easiest to boil water and carry it to the bathroom while it is still with high temperature. 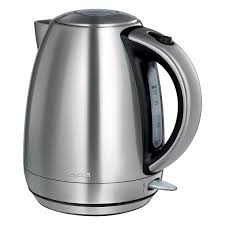 When I pour the water in the drain bubbles appear, because the air cached inside increases its temperature and volume and the increased pressure helps to clear the drain.

For a temporary, over-the-weekend solution, try using depilatory -- women's hair remover cream or gel, or men's beard powder. These preparations contain very mild hydroxides, akin to lye but much weaker (safe for multi-minute skin contact) -- but in a matter of an hour or so, will dissolve enough hair to weaken the clog and allow one of the other solutions (poor man's plunger, or very-very hot water) to finish the job -- without running out to buy something when shops are closed and you're wet and soapy. Even better, they're something that might be on hand.

As a bonus, they're mild enough that they won't harm even the cheap plastic pipe in a mobile home (they are, after all, safe for skin with limited exposure).

Youtube 'this old house shower drain' and you'll probably find the same video that I did. The one which shows how to use a drain snake.

After years of liquid plumber and plastic strips with hooks and plungers, I broke down and bought the snake. $20. It was well worth the money for me, and it pulled out so much hair, so quickly, that I'm looking forward to the next clog!

Hopefully shops are open by the time you read this...

Stick a screw driver in there, and keep turning it til it catches all the hair. i did something similar to my sink. it doesn't need to be a screwdriver , it can be anything similar that won't bend.

edit: Of course you need to be careful not to damage anything. drains are usually made of tough stuff though.

If the zip-it is not long enough, try a long cable tie, 3 foot lengths exist, maybe longer. You can nick little hooks in the edges to grab the hair clogs.

The zip-it route has worked well for me before, but this clog is deeper in the drain system. The zip-its (with urging) will go around pipe corners that snakes cannot negotiate.

Last time I had to do this I had a particularly tricky shower trap (the thing that maintains a water seal to stop drain air from entering the home) to clear. The design was like a bottomless cup inside a normal cup, shower water would flow down the centre cup then up the sides and out of the pipe at the top of the outer cup, and it was all milder plastic, not removable

I made a hook that turned back on itself out of some wire and hooked as much hair as I could, but not to great effect

Then I used a wet-capable vacuum cleaner, well sealed to the drain opening, to suck the blockage back toward the drain entrance- that worked really well and I was able to hook the rest of the hair. To get a good deal between the drain pipe and the vacuum hose I wrapped a small cloth around the vacuum hose, held in place with electrical tape

To keep the drain clear now I use a piece of wire pan scrubber like this: 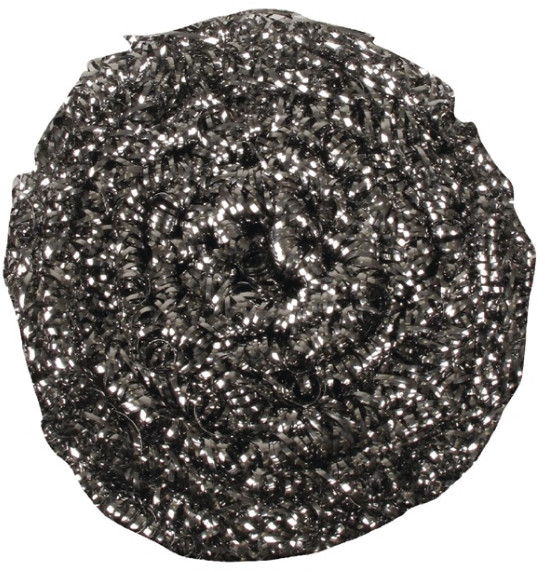 It can be shaped to the exact size of the drain hole and when clear is quite porous. When blocked the shower tray fills but removing the wire and the clogging hair is quick. I unclog it every shower (hair and conditioner do an amazing job of clogging it up) which is a small drawback, but cleaning it is a case of rolling it in my hands in flowing water to rinse the conditioner out and then pulling the majority o the hair out and tucking it back into the plug hole

In the long run, buy a plastic or metal hair catcher. This fits over or in the drain, and has small holes or a mesh that will catch the hair. It will require frequent cleaning, but it's much easier to clean the hair catcher than the drain.

Do websearch for "drain hair catcher" to find many examples. They are easy to find: try hardware stores, drug stores, and grocery stores.

Not the answer you're looking for? Browse other questions tagged cleaning home substitute-tool bathroom chemicals or ask your own question.

2
How do I unclog a sink without a snake or liquid plumber?
7
How to unblock a blocked drain without acids/chemicals?
3
Is there a non-mechanical solution to unclogging a sink drain?

7
How can I clean a glass top oven that has black areas?
2
How can I clean an area rug without a vacuum cleaner?
3
Is there a non-mechanical solution to unclogging a sink drain?
4
How to clean glass without glass cleaner?
9
How can I shower without a towel?
8
How can I clean a textured bathtub?
5
How to get combat boots shined to mirror finish?
6
Preventing children from attacking my house