How to cover hair for a barber to prevent cutting that particular hair?

I lengthen my hair to be gathered to a ponytail when the time comes.

I started that process about 3 months ago from starting point, that is, after totally shaving my head.

My problem is that I went to a barber that did for me the following crappy job:

Instead, the barber trimmed some of the hair covering my ear also, thus somewhat (~25%) destroying the balance I had for 3 months and thus lengthening the process from about 6 months to 7 months approximately.

1) I live in the country in which I met this barber as an expat and me and him didn't speak the same mother tongue, but a similar problem happened to me in my far past with other barbers which did share my mother tongue, yet didn't understand that by "around the ear" and "in the end of the nape" (or similar terms and with pointing directly) I meant only to the curly lines and not to the regular head hair that covers them.

2) Interestingly enough, another barber in front of that barber did understand me but she already closed the shop when I went to that barber.

How to cover hair for a barber to prevent cutting that particular hair?

That is to ask;
What kind of flexible (rubber stripe) or hat or whatever I could use to "mecanically" cover the main parts of the hair (such as hair covering the ear or covering the lowest part of hair of the nape) so it would be clear, even without lingual explanations, that I want only the aforementioned curly parts to be trimmed?

Yes, I know "some barbers are better than others" but I need an "hacky" way to prevent this problem that happened to me too many times already.

Why I believe I was wrongly accused in XY problem

XY problem is a general rule that can have exceptions; following it fanatically does more harm than good and anyway I have started with a problem and not with a question, in this case, so XY is totally interpretive.

If you need a device to get your haircut,
… get/buy a rubber mens/women's swimming cap. 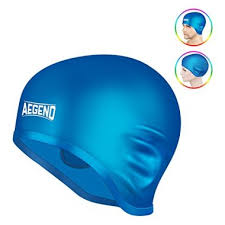 I suggest a different approach to covering or tying your hair before going to have it cut.
You shouldn't have to go to that extreme.

Don't rely on a description to be understood the same way you intend.
Doing that is not reliable as you've discovered.

After you show the marked-up pictures to your barber, there should be no misunderstanding. Most creative people I have met find descriptions are not so explicit as a photo or diagram. If you use your own head as the example, that's even less chance for misunderstanding or miscalculations.

By far the easiest method to get the ponytail that's your goal is to simply stay away from all barbers for a year or more.

"But I'll have shaggy hair over my ears and collar!"

There are home trimming tools that cost (in the USA) only about twice as much as a barber haircut (they're often marketed for beards, but they work equally well for head hair). You can use one of these to trim the area above your ears yourself, and either use two mirrors or ask a trusted friend to trim the part above your collar.

Every time you do this, you'll save the cost of a barber visit, and you'll get exactly the trim you want (at least on the ears, and it's likely your friend will understand you better than the barber does for the neck trim).

4
How to dye hair without hair dye
5
Haircare for long rough male hair
1
How to eliminate static-y hair?
11
How do I untangle matted/knotted hair
0
How to grow hair in this style?
0
Is there any tip for removing oil from hair without hair washing?
3
Keeping Thin Hair Clean For Longer