My computer keyboard look scruffy and old but works perfectly and is more comfortable to use than others I have owned. It's wireless and part of a set (keyboard, mouse and USB dongle) I don't want to replace the whole lot. In any case I can't remember the model and it isn't labelled.

The problem is that the letters have worn off the most used keys. I am a fast two-finger typist but have to glance down. I am making more and more typos.

I hope to renew the lettering on my keyboard but haven't come up with a satisfactory method.

Transfers? I don't think they would last a week.

Paint new letters on? I don't have the brush skills to paint new, white letters on the keys. I'd like the letters to look nice or at least not scribbled. 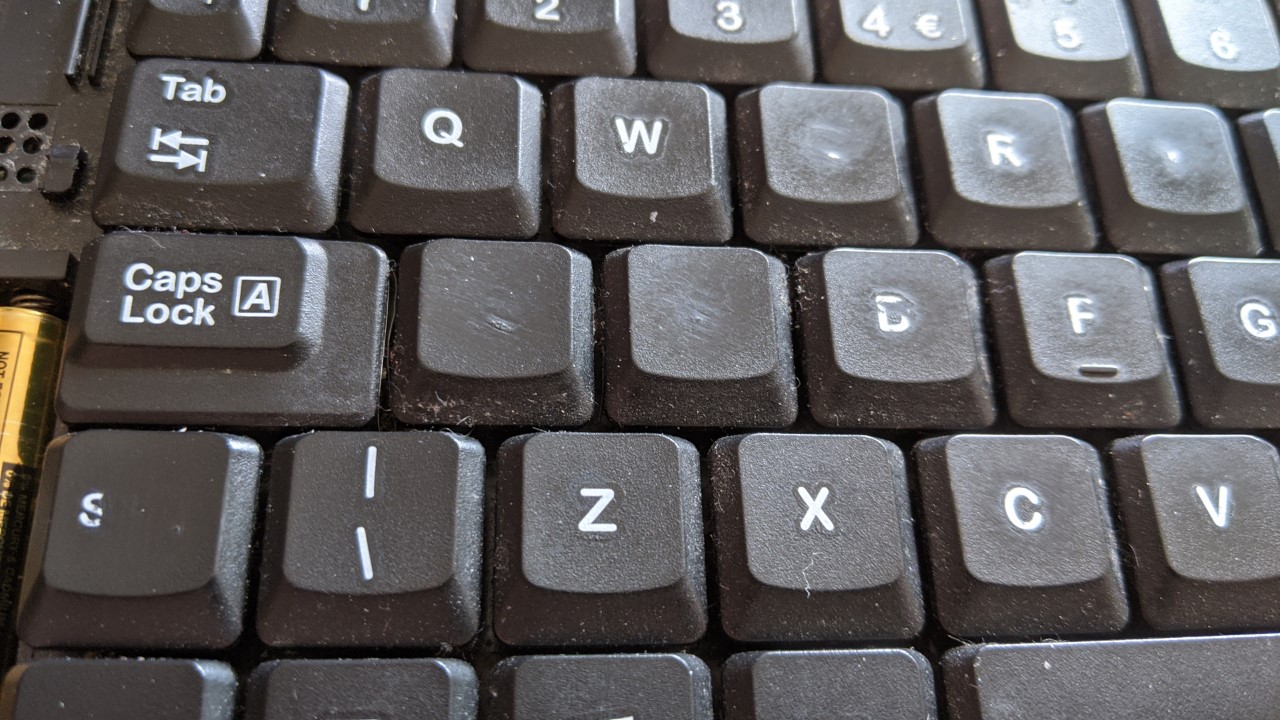 Instead of replacing the print, learn to type without looking at the keyboard keys. There are lots of (free) tools available and with a bit of practice you should soon be able to make good progress.

By accident I discovered the search term "keyboard stickers"

I found a selection on Amazon that look like the ones on my keyboard. They're not expensive so I've ordered some.

The reviews say they are durable so here's hoping!

Update: They arrived from France and are good quality. The only disappointment is that a sticker for the left-hand Shift key wasn't included.

Update 2: It's now 5 months later and they are still in perfect condition.

A late answer having run into the same problem. I have a new keyboard ready to use but this one still functions well, apart from the worn out lettering. I can wring a little more life out of this one with a hack.

There is no confusion with the function keys because they run consecutively and I did not use any adjacent ones.

I carefully prised off the key tops with a screwdriver and pressed them back on after correctly aligning. Gently, because the small plastic clips/hooks are not vey strong. 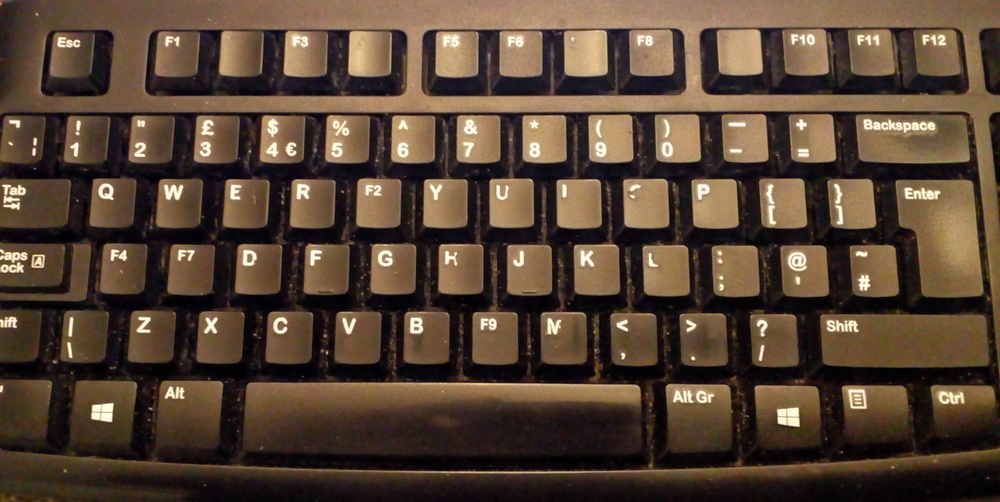 Edit: after some usage I revised the scheme so that all the replacements resemble the shape of the letter, and this was easier to make the connection.

You may use a correction pen which usually lasts for a long time. 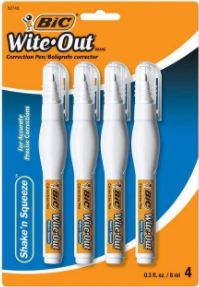 I've used this on my keyboard and it really worked.

I use self-made stickers, which can be used for at least 3 months each time. 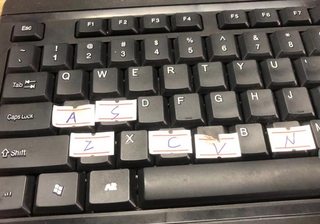 My Hack was inspired by Weather Vane.

Replace the letters on the keycaps of the keyboard you have come to love.

White Sugru™ mouldable glue would be wear resistant and highly visible against the dark plastic background on your keyboard for the most-used e_t_a_o_i_n_s_ keys, if not all.

If you don't feel confident wielding an engraving tool freehand, visit an engraver where trophies and name plates are personalized with an engraving machine. The size and style of the letters is adjustable. It is very precise and consistent.

It probably won't be very expensive.

So this is a USB device. Right?

For every USB device you can find out the USB manufacturer and probably model. Here is how it could be done in Windows. In Linux this can be done using lsusb command.

Having manufacturer and model you can search e.g. on amazon or any other such service for the same keyboard/set. Probably you can find used ones or even broken ones to get spare parts (keys) from them.

Not the answer you're looking for? Browse other questions tagged technology paint labeling or ask your own question.

7
How can I keep my desktop computer's cables neat?
6
How can I improve my wireless keyboard & mouse reception?
18
Can I shut off my laptop's keyboard without turning off my computer?
6
I keep forgetting to take out my wireless mouse dongle -- how can I make it more conspicuous?
1
Is there any way to fix these keys?