How to unscrew this screw

I want to take out my dish washer, but there is a screw that I don't know how to unscrew. I can't get the screwdriver straight on the screw head, only at an angle. Please see the pictures. Thanks. 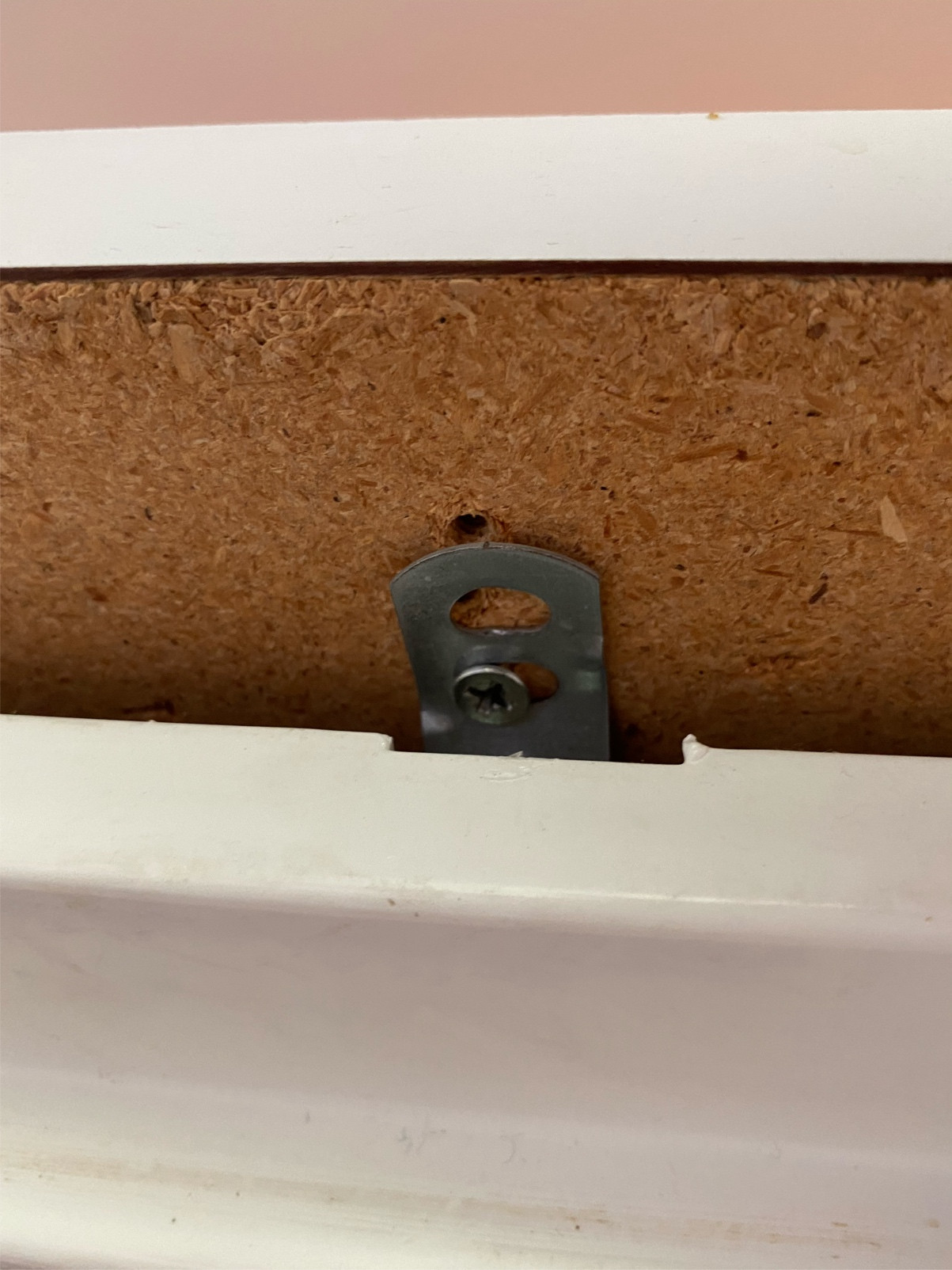 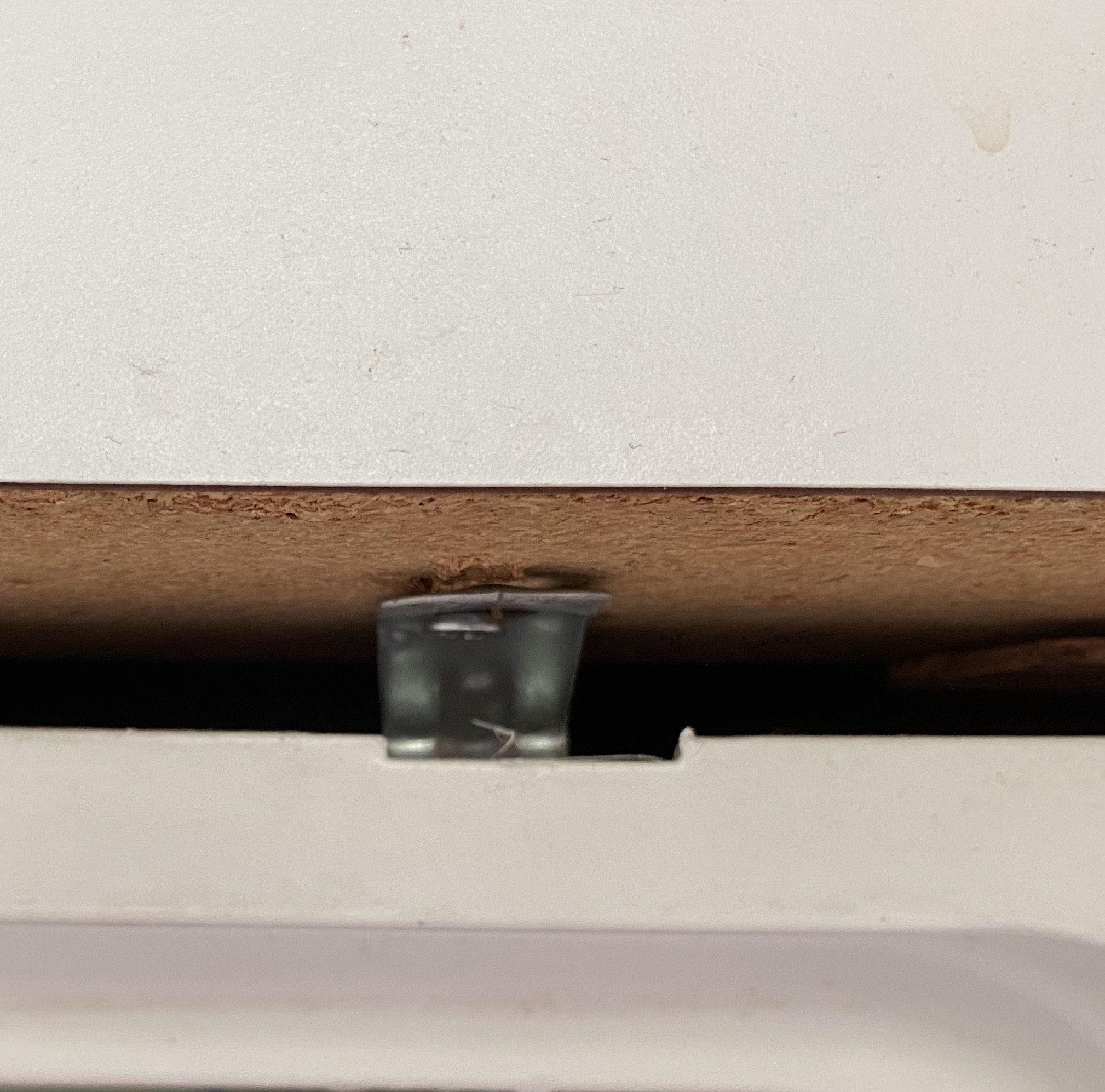 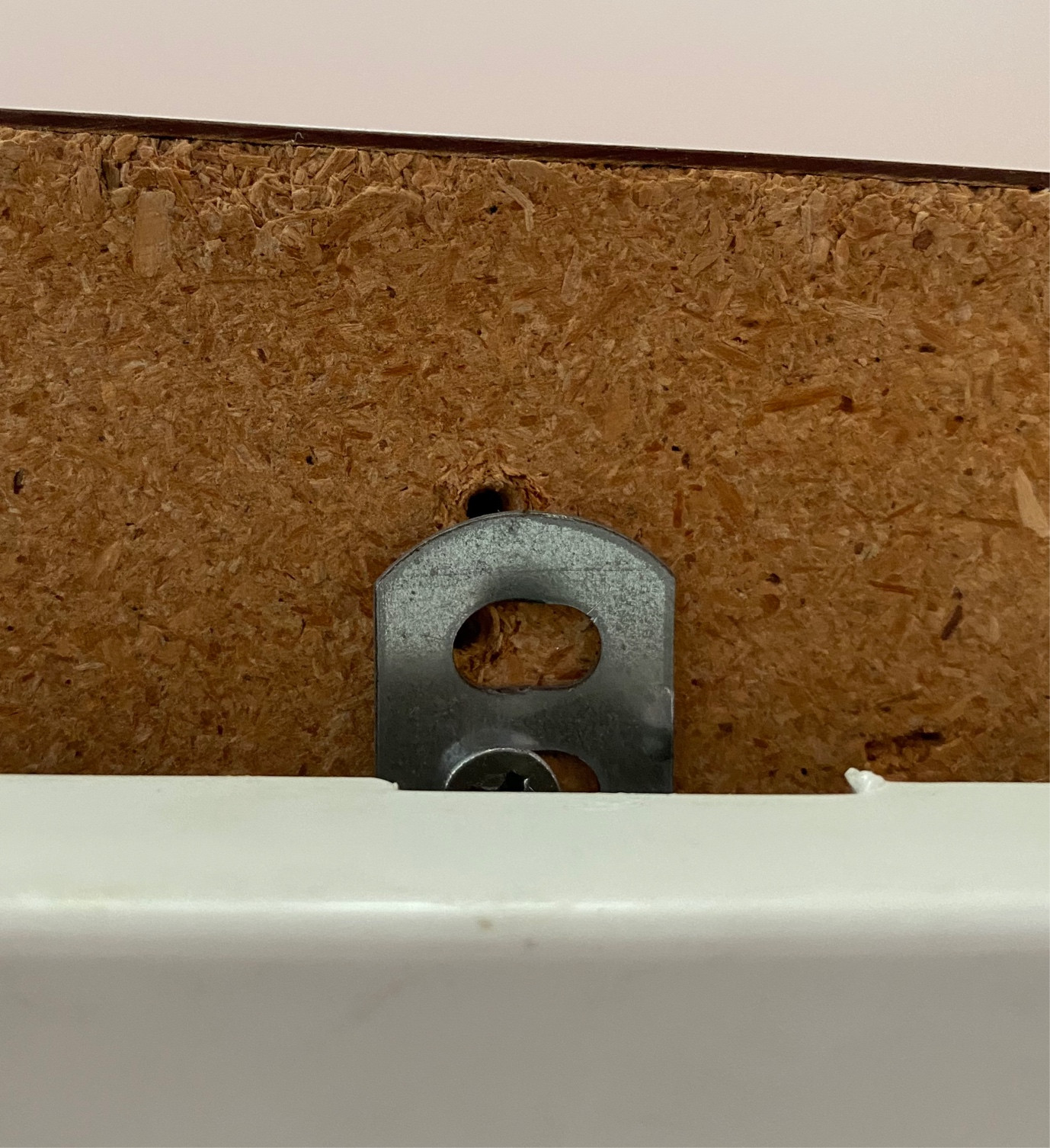 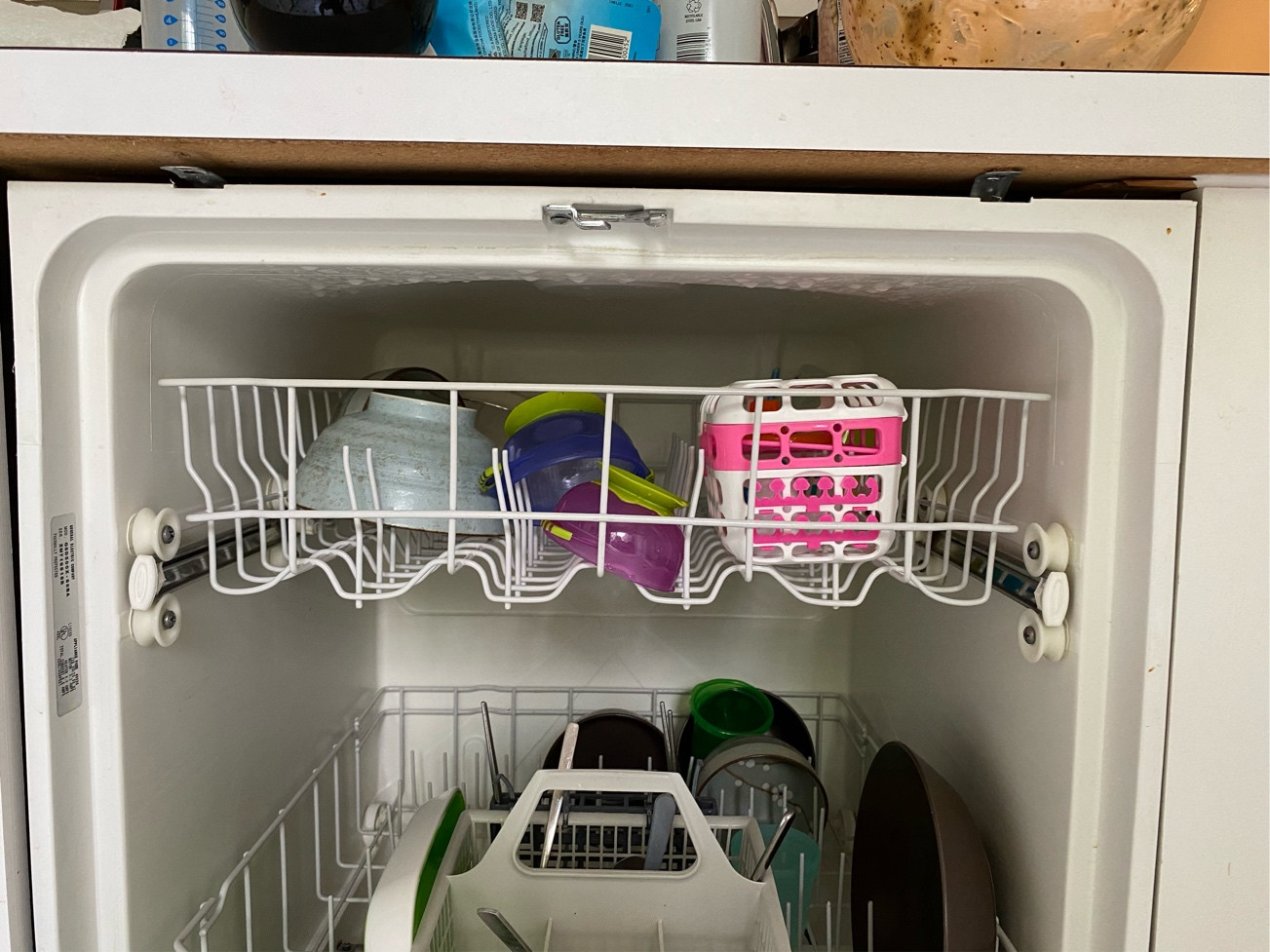 Assuming that someone drove in the screw in the first place, and that the bracket is slotted where it is fixed to the machine, you might be able to

It looks as though you have been able to remove the screw on the left. If you can't shift the machine further back, a more brutal attack could be

You can see from the screw holes that the bracket has been refixed in the past, so when you want to put it back, get a new screw and make another hole.

Disclaimer: at your own risk. I can't be held responsible for any damage you might do.

The screw is holding a "clip." Do not unscrew it until you lift the white piece directly upward.

The slot in the white piece is there so that when you lift the white moulded "shell" it will clear the clip screwed into the wallboard.

After you lift the shell clear of the clip and fastener, you will gain access to the fastener to remove the screw, clip, and whatever thing the clip is holding out of view covered by the white moulded shell.

You can also get an offset screwdriver at a local home improvement center or hardware store.

Pull out the bottom of the dishwasher, allowing it to tip backwards as the front slides forwards.

It should clear the clips & then allow removal.

I wouldn't bother getting too technical with this one; just shove the dishwasher backwards hard. At the time that screw was fitted it was accessible by normal screwdriver. As time has worn on the dishwasher has been pulled/slumped forward by the weight of the contents and the constant yanking on the door, bending the clip to more like 45 degrees and rendering it inaccessible now. A good push will cause the dishwasher to move backwards and upwards, bending the clip to be more like flat again and revealing the screw head.

If that doesn't work out, hammer a pry bar (or a flat bladed screwdriver) against the side of the screw head, snapping the head off the screw (screws snap pretty easily) and refit using the other hole you can see - the one that is still accessible. It would also be possible to hammer a pry bar in and lever the screw out (pull it out of the wood) - it will be a short screw, and screwed into chipboard will have minimal pull-out resistance. Its function was never to resit being pulled out by a force perpendicular to the countertop, it was to resist the shear force of pulling the dishwasher door open (stop the dishwasher sliding forwards)

Ensure when you refit that the dishwasher is adequately supported by all its feet and is properly levelled. Wind the/a screw into the other hole (the one you can still see) instead of reusing this hole as if the same thing happens again it will be inaccessible again

Lifehacks HACK: Use the wrong tool for the job.

If you have a pair of long-nose pliers, you have enough clearance to grip the side of the head of the counter sunk screw. You would alternately tighten the grip on the head, turn the screw a bit, loosen the plier jaws and reposition them, tighten the grip, etc.

It shouldn't take very long before the screw falls out of the chipboard counter.

Not the answer you're looking for? Browse other questions tagged kitchen or ask your own question.

9
How to stop a serving spoon from falling into the food?
0
What is the perfect microwaving time for my food?
6
Organizing spices in my kitchen cupboard?
3
How to quickly thaw accidentally frozen milk?
26
How to peel an orange?
12
How can I get all the applesauce out of the jar?
2
Clean mold from a lemon squeezer
6
How to clean "reddish/ brownish" grime/ deposit marks from the Silicone Rubber lid gasket of a hot water Thermos Flask
1
Simple alternatives to olive pitter?
3
Retrieving behind the refrigerator