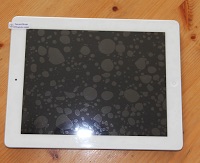 11
Homemade car CD holder
11
How to avoid butt-dials on phones where the keypad is always exposed?
24
Hiding or covering annoying LED lights on computer and accessories
2
How do I take a 360 degree photo of myself without asking someone else to do it for me?
1
How to segment ones life/data?
1
How to correctly replace a key in my laptop keyboard?
5
Could I remove the back-light from an LCD screen and let sunlight illuminate it from behind?
1
Cancelling echo in a recycled phone microphone-speaker set