How to flatten a wavy plastik desk pad?

I have a "plastic" desk pad that has been lying on a shelf for a few years. It was rolled up and the roll has flattened over time from its own weight. Now the pad is "wavy" and no longer lying flat:

How can I get the desk pad to lie flat again?

Putting some heavy books on it for a few days didn't do much difference. My guess is that I would have to bend the pad further than flatness to counter the waves, and that is difficult to achieve precisely and might result in further, more complicated waviness. Also, just flattening the desk pad using weight might take more time, but I'm impatient and don't want to wait weeks or months.

I also thought about using a flatiron at a low temparature, but I'm concerned that I might damage the desk pad. I don't know what material it is made of.

I tried what @Syed recommended in a comment: "Roll it length-wise and leave it for a few days..."

I left the desk pad standing upright in a corner for a week: 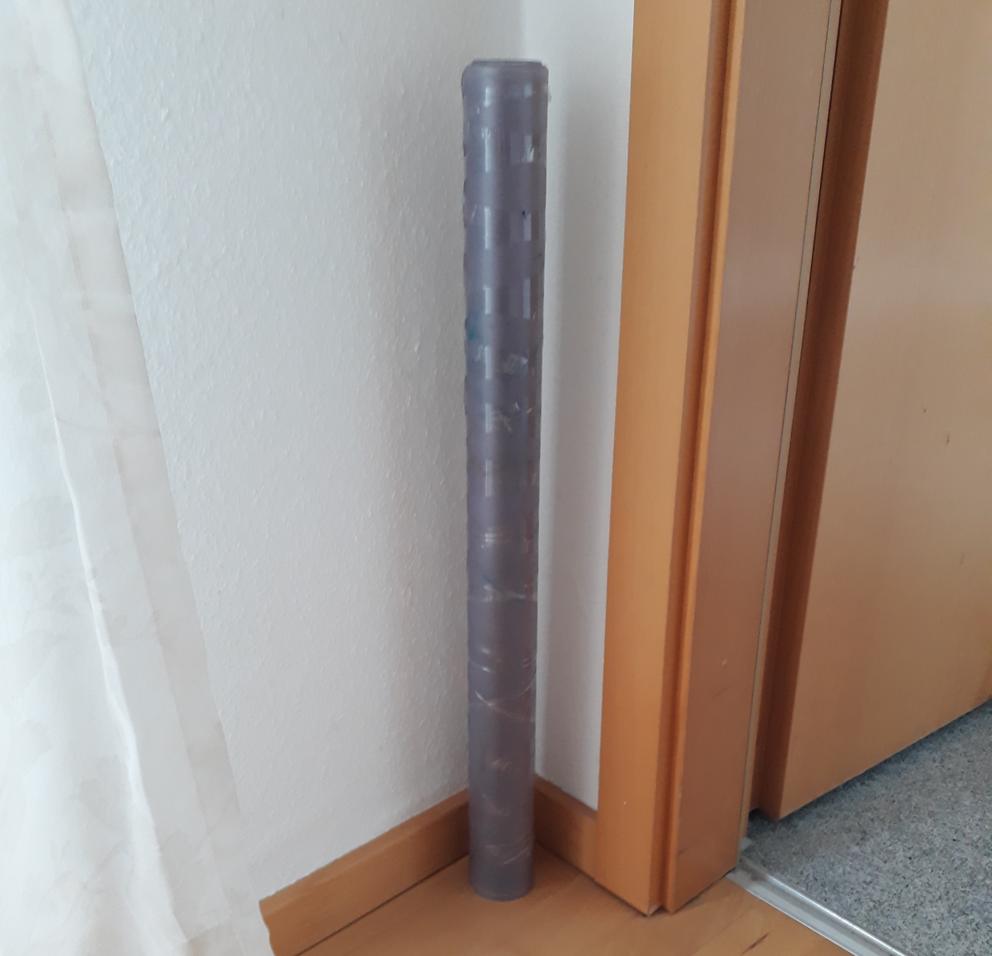 After that, the long edge appeared straight:

The desk pad had aquired a strong bend along the short side, but this was uniform and not wavy:

I put some books on the mat for another week, and the bend along the short side has now disappeared, but as you can see, the original waves along the long side are now visible again, although less pronounced than in the beginning:

All in all the desk pad lies flatter now than before, but it is still not lying flat enough to write or draw on. The waves, although they appear slight, are resistant enough to be an obstacle to the movement of the pen.

All in all, @Syed's suggestion made the desk pad flatter, but not flat enought to be usable for me.

My first impulse would be to try re-rolling the pad in the opposite direction from how it acquired its 'set' while in storage - maybe slightly tighter. No? I didn't think so.

Okay, my second impulse would be to try to concentrate on the edge of the pad…

As you show the wavy plastic desk pad in the photograph, tape a thin metal strip (like a ruler) along the leading (closest) edge of the pad. I'd try the lightest tack (sticky) blue painter's/masking tape for the chore so that it would be easier to remove when it wasn't needed. As you tape the strip to the pad, press the pad flat as you go. 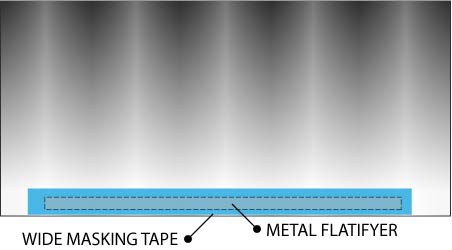 Then flip the pad over so the ruler is taped to the underside of the desk pad with the corners pointing downward. That will make it neater looking and useable immediately as the pad slowly conforms to the flat desk over time. Gravity always wins.

Blow dry it, just be careful with heat settings and proximity..

My rule of thumb is that to undo something, it will take a significant fraction of the time it took to do it. In your case, maybe not years, but perhaps weeks or months. You might be able to accelerate the process with heat or force (something heavy and flat on top for a while), but patience will still be required. But then, why expend the effort if time will take care of it eventually anyway? My suggestion is to buy another one if you need it quickly, and put the wavy one somewhere it will gradually return to flat, to eventually use as a backup or secondary item.

Iron a shirt on top of it at low temperature.

Like you said, heat and pressure are probably your best bet. But since the material is likely heat sensitive, use a shirt to separate it from the metal surface of the iron. Another option is to use a hair dryer to gently heat it while having some weight on it.

Edit: With the same low temperature ironing idea, it's better to use a folded bedsheet or parchment paper for separation instead of the shirt (See the comments by Willeke and Edward Dolittle)

4
How to remove superglue from a desk?
3
How can I keep an awning window open?
2
How to prevent being startled by co-workers while listening to music at your desk?
4
How to help an office coffee 'club' succeed?
5
How to stop static shocks on the office?
5
How to make your desk at work less reflective?
1
How to store different sized folders at my desk?
3
Desk(s) configuration problem