How to open a frozen car door?

This evening I left work and found my 2-door car covered with a little ice and a lot of snow. I was able to unlock the driver side door, but the door was frozen stuck. I pulled on the handle and the door wouldn't budge. I tried pounding along the edges of the door frame with my hand to see if that would help loosen it, but that didn't help as I pulled on the handle again. The car is fairly old and the door handle seems a little weak, so I didn't want to pull too hard for fear of breaking off the handle.

In case this happens again in the future and I am unable to open either door, what should I do?

Pour lukewarm water over the door seals to melt the ice. Your car is waterproof so this will not harm it and lukewarm water shouldn't risk damaging your ice cold window.

Depends whether you have a power supply nearby, but I always use a hairdryer in such situations - warm water can work, but it depends how cold it is, because sometimes it refreezes quickly and exacerbates the problem.

Avoiding the condition is helpful although not always possible. This door freezing happens when the outside of you car is warm enough to melt the snow that is falling. It maybe that it was a warm day, or more commonly your car got some sunshine that melted some snow or ice on the car and then it refroze when the water found the cooler spot in the deeper door recess. It is the same process that forms icicles were sun melted ice or snow migrates to a cooler spot. So keeping your car out of the sun on a cool day will help prevent this.

Often you will find that just one side of your car suffers, so like you tried the passenger door may not be so iced up. You should also try a back and forth movement on the door to try and break the ice some. Pull the handle, push the door in with your hip, repeat. Also do the same thing around the window frame. Don't push so hard or pull so hard that you damage your car. ( I discovered this remedy when I was late for work)

I suggest you avoid any kind of water below 15 degrees or so. Always avoid hot water, glass will break. But if it is not to cold, a cup of water may work.

If the lock freezes shut, the easiest way to thaw it is to heat the key with a lighter and use the hot key to melt the ice inside the lock. Following up with a shot of spray windshield deicer (which is usually methanol, sometimes mixed with a little ether) will prevent immediate refreezing. A little water displacing light oil, similar to WD-40, will then displace the water from the lock for a longer term solution.

In your case, however, you were able to operate the lock and latch, but the gasket was frozen to the car's frame. I've encountered this in ice storm conditions in the past, and was able to break the interfering ice by throwing my shoulder against the door (as if trying to push it in) until the ice between door and frame had cracked enough to pull the door open. This works better in older cars that have a little "give" in the door, but all should allow compressing the gasket slightly, and ice is brittle enough it won't take much. There is a slight risk of denting the sheet metal of the door, so this is best done on either the window frame (a likely location for the ice, anyway) if present, or the trailing edge of the door, where the latch is. If you have deicer or windshield washer fluid (rated below the ambient temperature) available, either can be applied into the crack between door and frame to help the process by weakening the ice.

Keeping a jug of the coldest-rated washer fluid at work is a good precaution; it will also be very helpful in getting the ice layer off the windshield in less than a half hour of warming the engine and scraping.

Cano64Cano64
34911 gold badge22 silver badges77 bronze badges
Add a comment  |
0
Want to improve this post? Provide detailed answers to this question, including citations and an explanation of why your answer is correct. Answers without enough detail may be edited or deleted.

A bottle of a solution of vinegar and distilled water, which either has a pouring spout or a spray spout, is in my car for just such an occasion. The night before an expected cold spell, I would pour/spray some of the solution in the keyhole so as to prevent water getting in there and freezing. (I hope that explains it well enough for you, Mooseman.)

Injection of glycerin in the all the locks after washing the car prevents the formation of ice and locking.To avoid the winter problem – that you can not get into your car because the locks froze, you should inject some glycerin, and the problem will be solved. On opening the locks, inject a few drops of glycerin, or apply it to the key, and then repeatedly insert and remove the ignition switch and keep locking and unlocking to make glycerin reach all parts of the mechanism.

Source - https://lifehacks.io/13-car-hacks-that-will-just-sort-your-life-out/ . Do check out this page, if you are looking for more car related life hacks.

Rub warmed wax (paraffin or special car wax) on the gasket around the door and around the outer edges. This will reduce sticking.

One trick I use is to get a thin belt, buckle the belt into a loop, and close the driver-side door with the belt looped over the top right corner. When you need to open the door, you can pull on that belt really hard without hurting anything. The belt just needs to be sturdy enough to handle the pulling force, and thin or soft enough to not interfere with the weather stripping on the door. It could also be a rope, strap, etc. It looks a little shabby, depending on what you use, but not as shabby as a broken door handle.

I broke off the handle of a frozen-shut door before I came up with this method.

For a frozen lock i suggest to press a hot water bag on the lock area for some time. 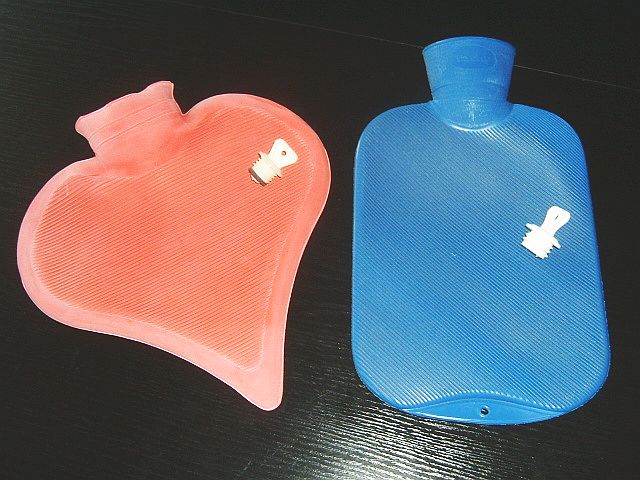 The metal of the door transports the heat quite well towards the lock inside and it contains more energy then just a bit of hot water that runs down the door.

For the door itself i suggest loosening it mechanically, i.e. pushing it, however your options are more limited here when the freeze already happened. Prevent it to happen again by covering the car door rubber seals with protective liquid, which can be bought in various shops.

I use an empty soda bottle full of hand-warm water from the house. Just pour it over the lock handle and window seals and it will open in moments. Discard the bottle in a recycling bin. If you use water thats really hot you risk damaging glass through rapid heat change, just as hot as you'd wash dishes in is good enough. If there is any left over pour it on your car windows to start them thawing out.

Electric blanket with another one over it. Wait a bit. Place over the frozen door. Plug in to a safe outlet

3
How to open car door when frozen with ice?

4
What can I do when the handle breaks and falls off my screen door?
4
How to remove ice formation inside the car windows
8
How to open a frozen padlock
4
How to quickly clean car windows from road salt?
6
How to get rid of frozen snow
9
Some everyday item to wedge my car window shut (stop it from slipping)
3
How to open car door when frozen with ice?
2
Keeping dry inside car door
9
How to remove snow on a frozen roof window from the inside