How can I make squirrels leave my roof without poisoning them?

Some squirrels make noise at night under my roof.

How can I make them leave, without resorting to using poison or hurting them?

We had the same problem some years ago, except it were fat dormice instead of squirrels. 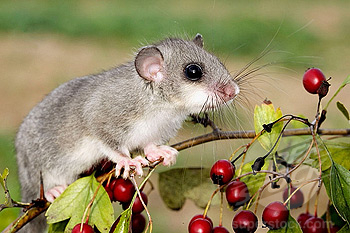 At first, we tried to find the place where they came into the house, and after some time we found that they used to climb a telephone pole across the street, clamber across the telephone cable and enter through a small gap right under the roof.

The gap was wide and hard to block completely, so we built a special blockade out of steel sheet and put it directly onto the cable - and it worked great!

The last step was to catch the dormice left inside the house, what we did by using a big live trap (constructed for rats) in the attic and apples as bait. This worked so well that we sometimes even caught two fat dormice at the same time.

We kept them in a big cage and fed them with apples and vegetables until the last was caught, and then drove them far into the wild where we released them all together. Hopefully, they were able to start a new life far away from human buildings.

Poison: Apart from animal welfare, I think poison is still a bad idea, because what if a squirrel dies from it somewhere under your roof? It would start to rot and stink terribly, and likely you won't be able to get it out.

When I had problems with squirrels in my garden, I was told that using coyote urine worked as a squirrel repellent; litter critters are scared of big things like that, and leaving a scent is a good way to make them think that there's something scary that recently came to the neighborhood, and they'll leave.

It may need to be refreshed from time to time, I think it's a week or two....try it, and see how long it takes for them squirrels to come back.

You can find it on Amazon, for much cheaper than I was honestly expecting.

I have a similar problem. Squirrels scamper across my roof. I don't mind the noise, but I don't want them to put holes in my roof with their antics. So let's run through our options together: 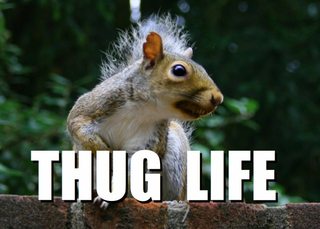 Humane live capture traps work. I've seen the Havahart type capture squirrels over and over, placed outside on the ground near the base of a tree that leads to the roof. Plug the roof holes too, during the day after making noise in the attic, so you shouldn't imprison one in the attic (in which case it will probably burrow its way out and give you a new hole - squirrels can dig through wood surprisingly quickly).

However it may take many such relocations, and you may need to take them a long distance, preferably across a body of water, or just to someplace even better for squirrels, such as a large wooded area (because they can find their way back - like many animals, squirrels can home in on old haunts). I have seen this work though if done enough to an attractive and distant enough destination. Not only does this not hurt them, but you may even bring them to someplace better to live.

If your house design allows, you can also give access to the roof or roof-entry areas to cats and/or dogs.

Not the answer you're looking for? Browse other questions tagged home pest-control or ask your own question.

12
Pest Control - Natural Method of Ant Control - Howto
14
How can I prevent spiders coming into my house?
4
How to get rid of bandicoot around house
5
How can I prevent leaves from blocking my gutter guard?
9
How can I make flying insects leave?
0
How can I remove ants from black ingredients?
6
deter badgers from garden
2
How to prevent a generator from making lots of noise?
0
Problem with asbestos sheet roof