The things that I've tried so far:

Please note that my recyclables are mostly plastic. Please see this post for answers about removing from glass.

I've soaked some wine bottles in boiling water for 30 minutes and the labels just fell off. Some I had to scrub off the residual glue with a scouring sponge, or scrape with a plastic putty knife. Edit: Some plastics warp when boiled.

I don't remember where I bought this, and the company details are sketchy* but here's what I was able to google:

PB Blaster from The Blaster Group in Australia.

* I say sketchy because my bottle looks almost identical to the picture above except it's called "DSR" instead of PB and it says it's made by B'LASTER/B.C.C.I. in Cleveland Ohio, US. I'm unsure if one copied the other or someone moved.

Anyway, there seems to be a citrus-oil component which really loosens some tough labels well. And the smell is agreeable. Edit: if the above brand is hard to find, google citrus adhesive remover

cap/close the container and apply skin-so-soft to the label and rub it in. Skin-So-Soft is, as the name implies, a skin softening product that is basically an oily soap.. alternatively if the container will be used for food again or you're worried about chemicals any sufficiently "thin" oil should work.. I've had pretty good success with canola and corn oil.. olive oil is too thick and regular vegetable oil just doesn't work for some odd reason.

According to Stretcher, you can use the peanut butter itself!

Smear the sticker with peanut butter. Let sit for a few hours. Then wipe the peanut butter and sticker off with a paper towel. For stubborn stickers, use a butter knife to gently scrape the rest away.

Peanut butter works on all kinds of surfaces. I've even used it on my children's clothes when they've been washed and dried with stickers on them.

I've found that using medical adhesive remover (like this one) works to remove stickers. 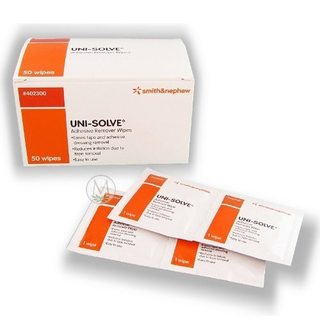 I happen to have a bunch lying around that I've never used, but you can order them from Amazon (they're not expensive; if you look, you'll probably find something cheaper than I did).

This was my answer to a similar question on Travel; you might want to check out the other answers to that question.

Not the answer you're looking for? Browse other questions tagged cleaning plastics or ask your own question.