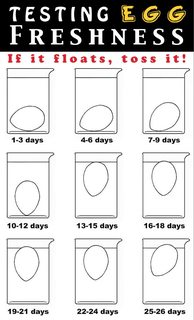 27
How to remove a hard boiled egg's shell quickly, by hand, without damaging the egg?
16
How do I open a bottle without a bottle opener?
17
How do I open a can without a can opener?
5
How to boil an egg using an electric kettle without a mess?
40
Find out if an egg is boiled or not without cracking it
0
How can I eat salad without making a mess?
3
How to open oysters safe without oyster knife & glove?
2
Are there ways to tell how spicy salsa is without tasting it?
5
How to break an egg without making noise?
7
When dining alone at a restaurant, how can you indicate you're coming back when temporarily leaving the table?