Stack Overflow for Teams is moving to its own domain! When the migration is complete, you will access your Teams at stackoverflowteams.com, and they will no longer appear in the left sidebar on stackoverflow.com.

Check your email for updates.

How can I make flying insects leave?

We've probably all been there. You're trying to concentrate when there suddenly... bzzzzzzt you look around and carry on... bzzzzzzt [10ms pause] bzzzzzzzzzt. You decide to get up to check what's causing this noise.

There it is: A flying insect (mostly a fly or wasp) furiously trying to escape through the closed window. Most of the time they're just inches away from the open window.

I usually take a notepad and try to flick the insect in the direction of the open window. But just yesterday, when a giant hornet was trapped, I was scared that I would flick it against myself and it took me at least twice the time to get it out.

Sometimes the insect also starts to fly around the room and bangs against multiple windows.

Is there any way to make a flying insect leave (faster) on their own or to help them find the open window?

Keep in mind that I'm a pet friendly (including insects) person and don't want to kill the insect - especially not, if it's a dangerous one.

I've noticed that big flies, bees, wasps and hornets tend to be attracted by light sources when trapped inside a room. So I usually try to roll down the rolling shutters of all the windows save one (and switch off any internal light source, especially on not-so-sunny days), which I leave open. Usually the insects find their way out fairly easily and quickly (especially bees and big flies), often without me being forced to "encourage" the bugs on their way out.

Sadly this won't work for those annoying small house-flies which keep flying around in circles! Oh, well, you can't have everything!

I often use a small, handheld vacuum (such as a Dust Buster or Dirt Devil). 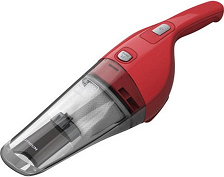 If you chase the flying insect around, you can often catch it, especially if it lands somewhere (wall, window, mirror...). Once you catch it inside the vacuum, step outside, open up the vacuum to empty it, and let the insect fly away.

(Note: I've been doing that with our most recent infestation of fruit flies. They seem completely unharmed after getting sucked into our hand-held vacuum!)

cover them with a tea towel and take to door to shake insect off. Wasps, bees, etc. are still and quiet like many wild animals when heads are covered and you can then release outside.

Of course, the method may vary with the type of bug in question and the environment which its in.

Insects are generally attracted to light but don't understand the concept of clear glass - hence they fly into windows and get stuck in the process of trying to go outdoors.

To speed up their exit, which may not always be possible, is to make the area dark, leaving the exit way (an open door perhaps) brighter. Insect will naturally, more often than not, head toward the brighter area and its eventual freedom. This method will take time and patience.

A more expeditious method - if I were removing a fast moving insect; first, I get a spray bottle with water and spray directly on the insect. This generally makes it soggy and causes it to slow down, which allows you to catch it in your hand, if non-stinging, or in a container for removal. This doesn't cause any lasting harm to it and resume its regular function as the water dries out.

9
How to make a NEW fountain pen write smoother?
8
How can I make squirrels leave my roof without poisoning them?
13
How can I get a mouse out the house without causing it any harm?
5
How to reduce creepy crawly insects in the house?
3
How to clean my iron so that it won't leave brown spots on my clothes?
1
How to remember not to leave my USB key at the seminar room?
1
How can reuse partial notebook to go waste
1
How do I get rid of a flying insect, specifically cockroaches?
1
How do I get the ink flowing in new gel pens?
1
Cheap way to make screens for doors/windows?