I have a Motorola Nexus 6, and recently I noticed the charging cable wasn't staying in place as well as it did when the phone was bought - my phone is charging, but if I picked it up whilst plugged in, the cable would fall out.

On investigation, I realised the female MicroUSB port on the phone, had managed to get some pocket lint inside, which had subsequently been compressed by insertion of the cable.

I managed to clear the majority of it out with an unfolded paperclip, however the there is still an area behind the pinstrip which has a lump of lint (as per pic below). 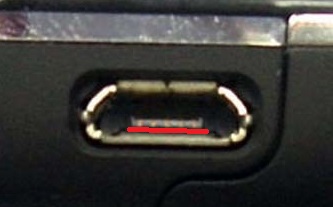 This part is too narrow for a paperclip - and even a fine sewing needle to get behind - and it's still causing my charger cable to not fully insert.

So does anyone have any tips on a) How I can clean this out, and b) what I can do to reduce the likelihood of re-occurance!

You should use a toothpick, previously buffed with a fine sandpaper. You can use other objects, but with the toothpick you can do it without turning off the phone because it isn't a electrical conductor and you can also sharpen the tip very easily to get better access to the areas. Clean the area in blue...

Pay close attention to the left and ride side of the usb port where the bolts fit and attach to the cable (labeled in RED) To prevent this in the future you can purchase a Nexus protective case that has a FLAP for the usb charging port to prevent debris from congesting that area. 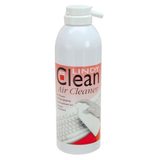 Not so much a life hack as what it is actually designed for.

I used a sliver a few mm wide cut from some plastic packaging to do this. The stiff clear kind that strawberries are sold in here in the UK worked well for me. It's thin enough to get into the highlighted area beneath the tab, and stiff enough to pick compacted fluff out with. It's also non-conductive, which avoids any expensive mistakes.

Forget all of the above! Use a G*U*M dental pick. It has a very slender probe which fits easily into the tiny back corners, even a little under the contacts. The soft probe has little bristles that drag all the crud right out.

No worry about breaking anything as with a steel pin. No breaking off or too fat or shredding. No elaborate prep. You can use alcohol if you want. I wish I had known about this years ago; nothing worked for me and I was thinking of trading in the phone. I ruined the previous phone by trying to clean it with a toothpick. Praise be!

Here comes a belated reply, but if it helps …

I did reach into the narrow slit with a fine needle. The tongue had to be bent away a little bit when forcing the needle in there, but it worked.

I had powered down the phone first, so as not to cause any damaging short circuit.

You can clean it by inserting small piece of paper and gently loosening the dirt inside. Just cut a small stripe from preferably good quality paper so that the paper won't get torn and get stuck inside. Paper is flexible and can help by bending and reaching the dirt. Off-course, the paper must be inserted straight and not like in paper ball/folded way.

I use this method and it works well for me.

Not the answer you're looking for? Browse other questions tagged cleaning technology phone or ask your own question.

2
How to improve mobile phone signal?
2
Fixing a micro usb socket.
3
Mac Keyboard cleaning
1
How to clean the charging port of iPhone 6?
2
How to prevent mobile phone in the car from falling when I use it as GPS?
2
Removing permanent marker marks from phone screen
1
How do I know if my phone's jack slot is broken and not my headphones?
0
Degrade capacity of internal mobile phone battery
5
Cleaning the screens of phones
1
Cancelling echo in a recycled phone microphone-speaker set