How to fix a keyboard with a missing leg?

Sometimes I come across a keyboard where one of the legs on the bottom have come off leaving it wobbly and somewhat irritating to use.

Are there any simple fixes for this avoiding a new keyboard?

Place some kind of wedge between the keyboard and the surface on which it rests. I have used pennies, folded paper, and small notepads (the glued together paper kind). You can use any material handy (styrofoam cups, wood, etc.) to make the wedge.

As an alternative, not so hackish, buy a replacement keyboard.

Replace it with a bulldog clip. 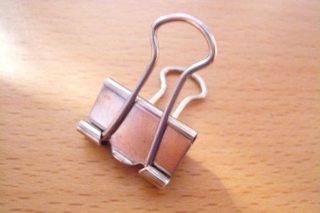 it is really easy to remove the handles from a blulldog clip, and they come in parts. Take off both legs (if only one was broken before), and replace them with the metal clip handles.

Unlike many solutions, you preserve the ability to adjust it.

The clips are normally only a few dollars are are available from most news agents and large supermarkets. They come in a large variety of sizes, so you can set the incline you want.

See this instructable (Images are sourced from there as well). 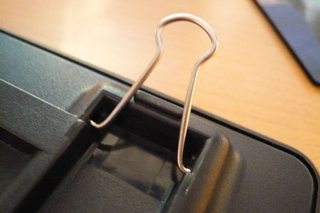 I've done this to many keyboards, at home and in our hacker-space. It's great, particularly if you are saving a $150 mechanical keyboard.

From a few different angles, this is what the bottom of my standard ca.2005 "comes-free-with-the-computer" Dell wired keyboard has looked like, since I got it second-hand with one of the legs missing. 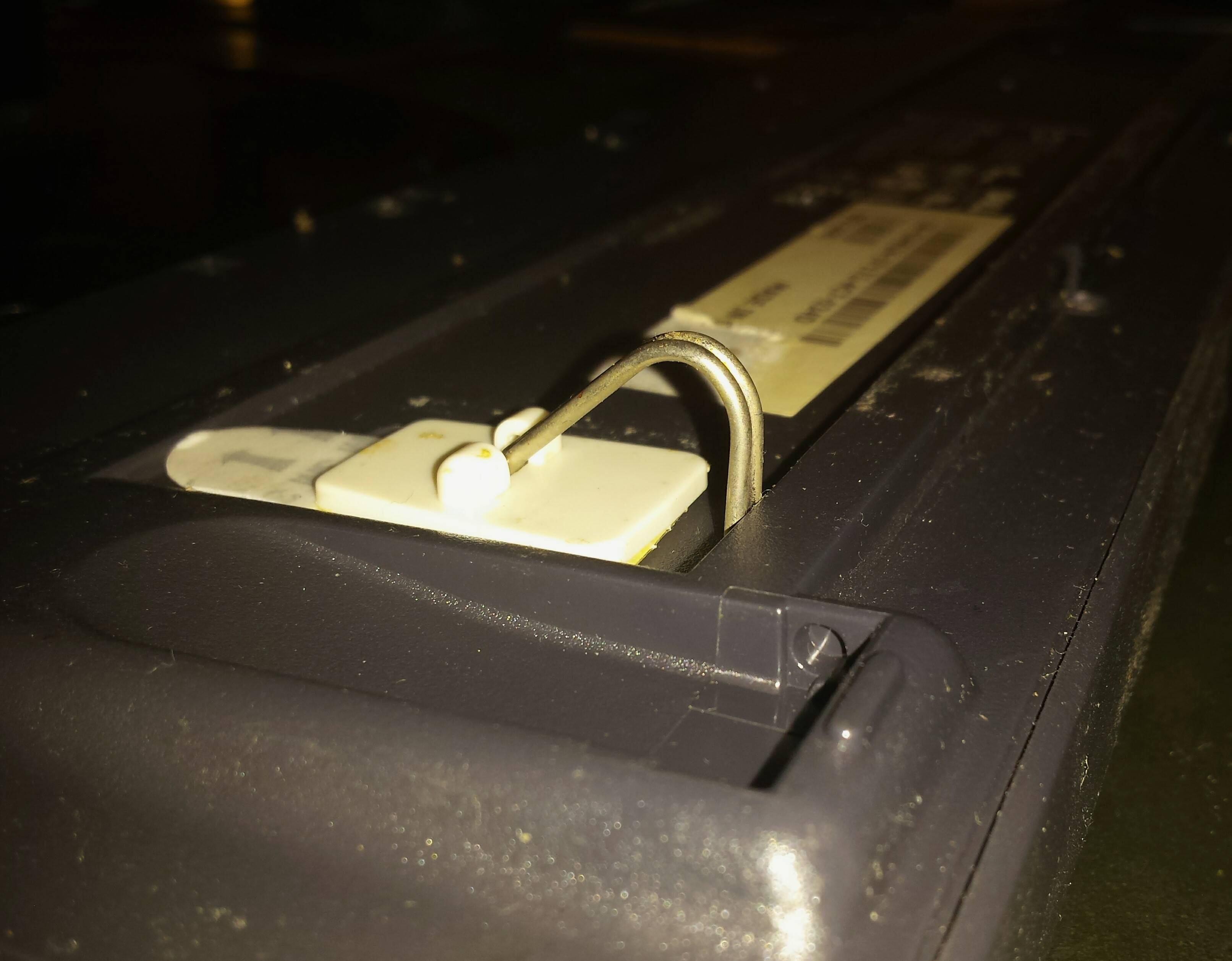 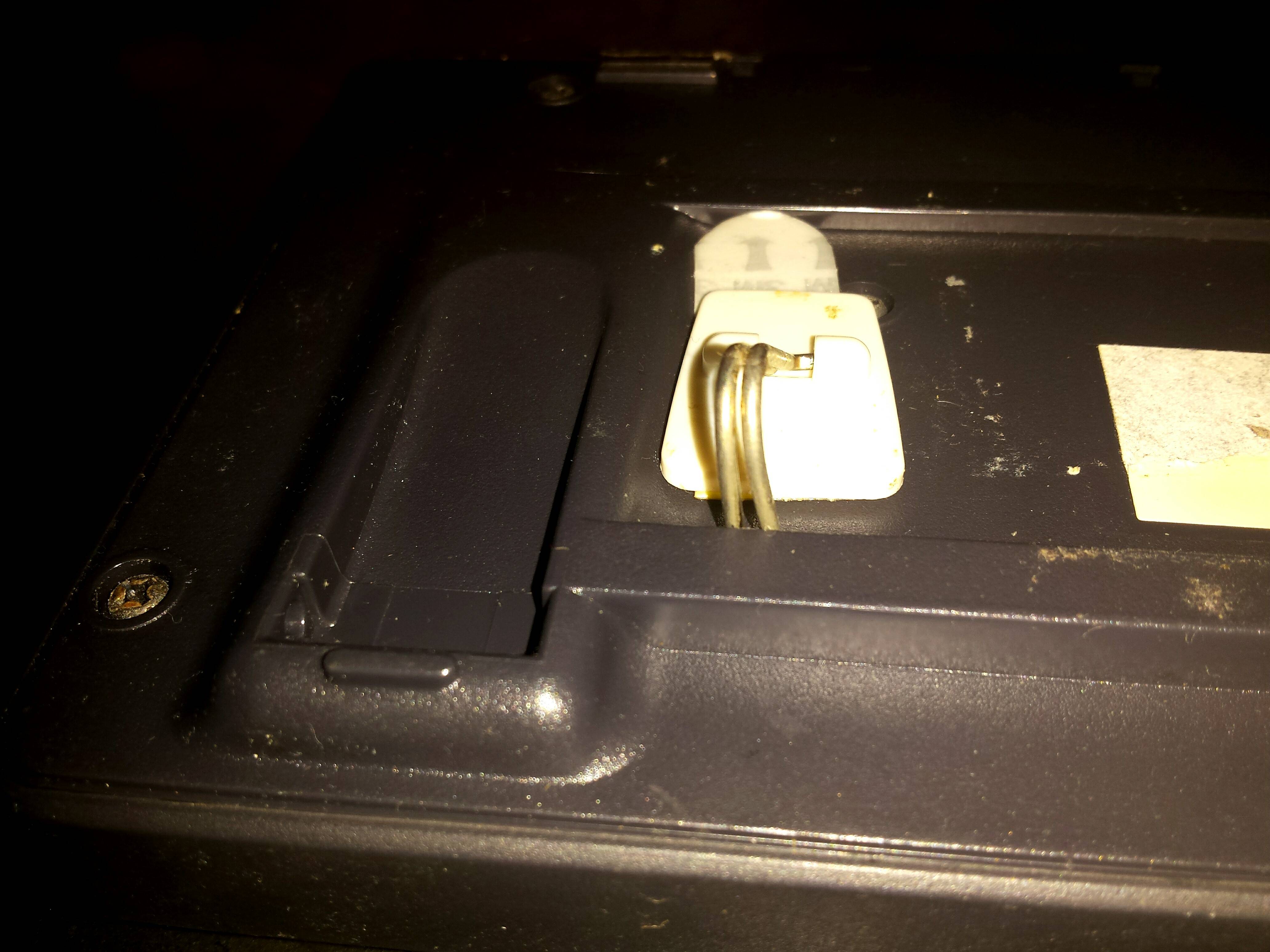 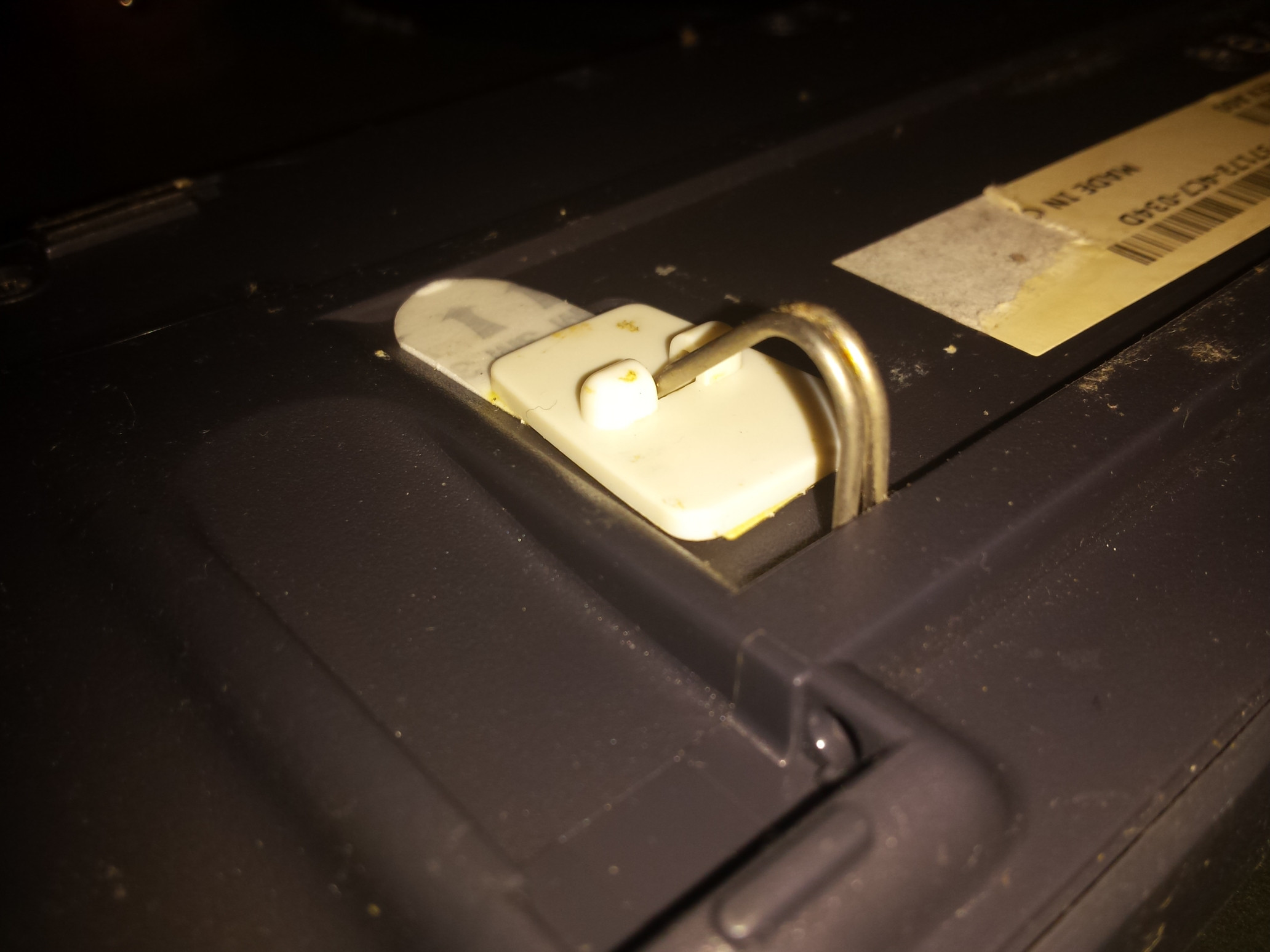 That odd little doohickey on the bottom there is a 3M Command System Wire Hook (also sold as Utensil Hooks), folded the wrong way around and slightly abused into the right shape. In their normal/supported configuration, they look like this: 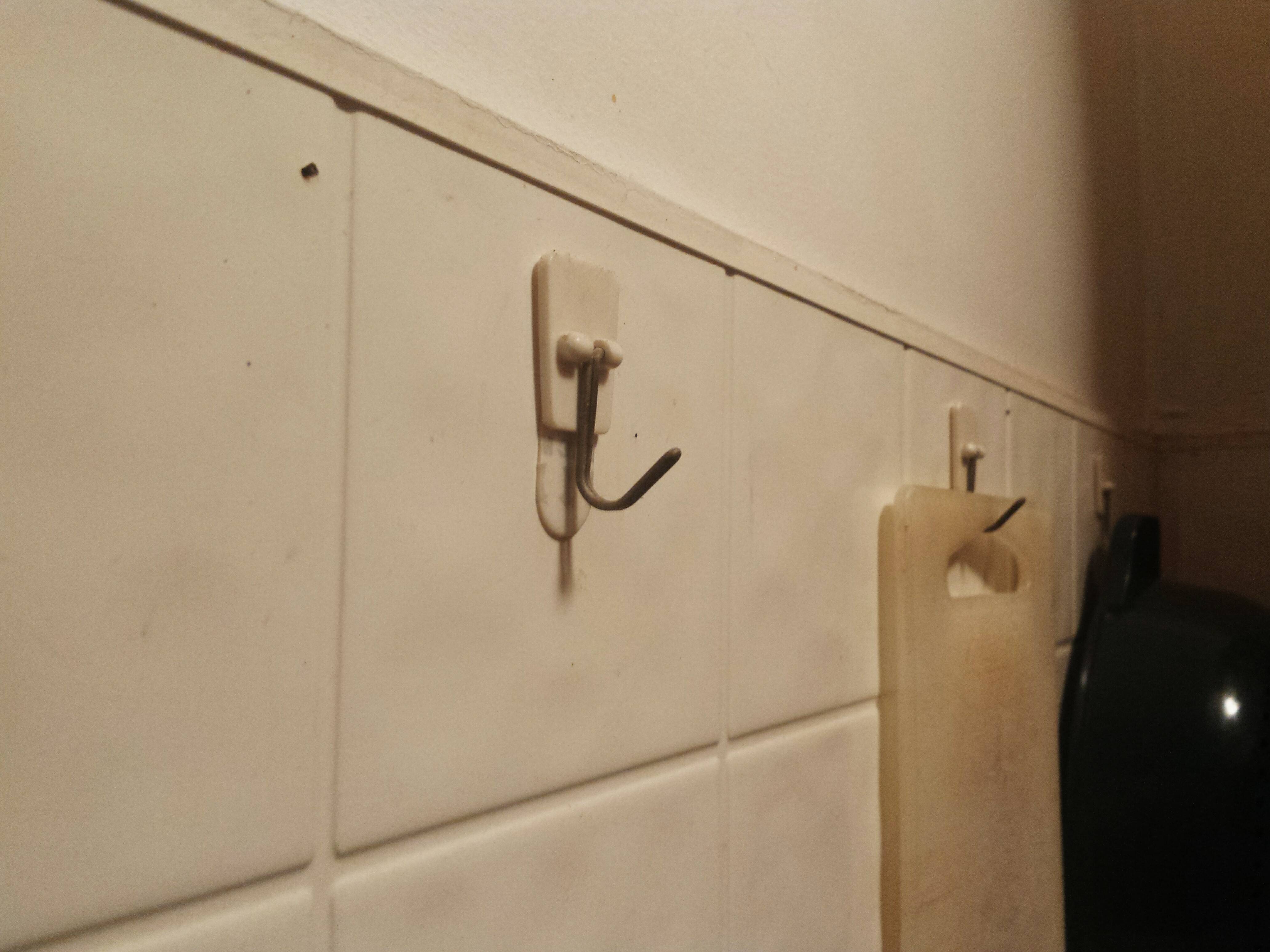 With all due respect to the binder-clip method advocated by Oxinabox, in my experience the clips have a tendency to bend or pop out, and not actually support the keyboard all that well. They may also not lay at the proper angle, depending how the keyboard base is moulded.

It took me a bit of trial-and-error to find the correct placement for the hook, and as you can see by the fact that it's slightly bent I had to do a little "percussive adjustment" to get the fit exactly right, but the end result turned out to be amazingly stable, with absolutely no wobble at all. I was surprised myself, honestly, but I've been using it this way for years and most of the time I forget it's even there.

As an added bonus, because I mounted it with a 3M Command adhesive strip, the hook is removable and recoverable whenever I decide to get rid of the keyboard. (In theory, assuming I remember. I'm the sort of person who's always having to whip out the straightened paper clip, because I forgot to eject the media from an optical drive before I disconnected the drive.)

You can get some reusable adhesive putty (example shown below) and take a small piece for each leg, and press it into place. Then press the keyboard onto your desk. It won't wobble.

Because this is reusable, it's easy to move somewhere else if you ever need to. The biggest problem is dust accumulation over time, which mean that you may occasionally need to replace the putty if you don't like how it looks. 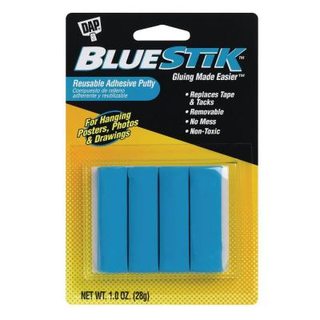 You could break off the other leg so it lays flat. This isn't very ergonomically friendly, however, so I would recommend then adding a long, solid support or two identical supports at each end. The advantage to breaking off the other leg is that now it's easy to get the keyboard level. Trying to make a wedge the same height as the remaining leg is bound to leave you a little wobbly at the end.

Not the answer you're looking for? Browse other questions tagged home substitute-tool technology or ask your own question.

7
How do I get the bin bag (trash bag) outside without it dripping all over me?
36
I forgot my toothpaste and it is impossible to buy in this situation, are there any substitutes?
19
How to keep a laptop cooled down
12
How to get rid of mosquitoes without electricity?
20
Stop keyboard wobble due to uneven desk
6
How can I improve my wireless keyboard & mouse reception?
5
Avoiding headache while using screen for the whole day
2
I like my computer keyboard but the letters have nearly worn off
1
Is there any way to fix these keys?