How to easily keep track of similar looking wires

So my irrigation system has 4 cables which each contain 6 bundled wires. To make things worse, the 6 bundled wires are the same color between the four cables (red, green, blue, yellow, white, black) and all have the same sheathing color. I'm going to be replacing and relocating the controller, but in the interim due to the way the wiring is routed, I will need to disconnect and re route all wires, so it will be very difficult to keep which one is which straight.

I could individually label each one, but this sounds like a massive pain -- and possibly not reliable because no matter how I attach the labels, it's highly probable at least one would slip off the wire as it is being pulled through interstitial space in the walls.

I could just "test" each wire when it's done. I know in each bundle the colored wires go to sprinkler heads while the white is the common wire, but this sounds like a pain in the butt.

Does anyone have a good way to keep track of these wires?

If you can designate each bundle 1, 2, 3 and 4, and record the connection of each color per bundle, then all you really need to do is mark each bundle, right? If it's light colored sheathing, giving the end of each one a corresponding number of rings with a permanent marker should survive a trip through walls, conduit, etc. If not light colored, you could snip a corresponding number of small notches into the end of each sheathing.

Label each bundle when you disconnect them. Then pull them through the conduit one at a time; if you lose a label, you can replace it right then, while the other three wires are known quantities.

For the individual colored wires, you might try a "telco" crimp connector. These are made for indoor telephone wire, likely similar to the low-voltage, low-current wiring in your control bundles. Each crimp can be used to attach a short loop of wire that runs through a tag of some sort (even buttons, if you have a button jar you almost certainly have 24 distinct buttons to use as tags). Even better, they don't require special tools to attach; just put the wires in the holes and squeeze the crimp with plain pliers. You can clip and restrip the wires when you're done needing the labels, of course.

You could take a picture of the current state of the attached wires. That would let you record which color of which wire goes to which connector. (I can't fully visualize your setup or issue, so this might not work for your situation. But for the situation I am picturing, it works great!) 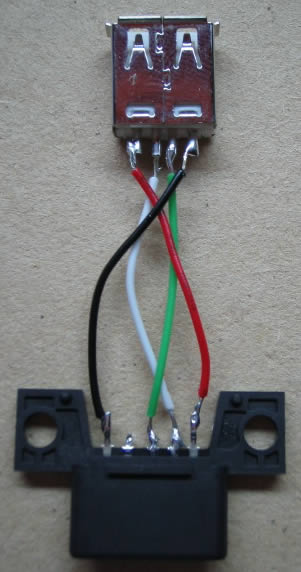 Why do you need at all to label the bundles? It is very easy to differentiate them after stretching all the wires.

Know you can properly label the cable for future use or historical reference.

Not the answer you're looking for? Browse other questions tagged labeling wire or ask your own question.

7
How can I keep my desktop computer's cables neat?
10
How to remove printed labels from the backing easily?
4
How can I keep a USB mini 2.0 (or other) cable from tearing?
1
How to deal with frayed broken wired earphone / headphone and/ or aux cable wires?
1
How do I keep thermal labels from fading?