Getting airflow in a studio apartment with one-window

I'm currently renting a studio apartment basically a single room apartment with only one window and I'm having a really difficult time sleeping during this hot summer (Live in Vancouver) because my studio feels like its like 5-10 degrees hotter than outside with no fresh air.

To make things worse, my window is fairly small crank/hinge type window that opens from the top into my apartment. The opening is approximately 13'' tall and 4' wide. Here's front-view:

I'm wondering what my options are for cooling down my apartment.

Stuff I haven't tried and would like to get your opinions:

Stuff I would prefer not to do:

Would really appreciate any thoughts or comments about my options here...

Getting airflow in a studio apartment with one-window?

Sensing that this question may pertain to many others in various situations, I will give a response as follows:

We all know hot air rises.

Thus I would recommend getting two of the largest fans possible that would conveniently fit into your open window. Place the two fans into the same opening. The lower one should be place bringing the cooler outside air into your complex. Place the second fan as high as possible towards the ceiling.

A window fan is a fan designed to be placed inside the frame of a window. Window fans have been used for many decades to maintain comfortable temperatures and ventilation within one's home, and operate at a tiny fraction of the cost of central air conditioning.

My windows will support a 20” fan. 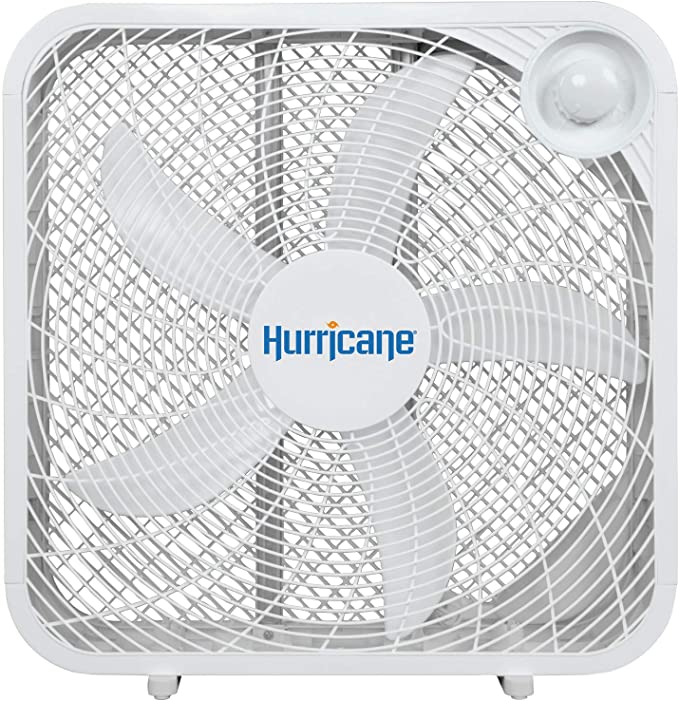 Two-fan (or “twin”) units feature two small side-by-side internal fans. They’re more compact, and while they offer a slightly lower airflow on average, two fans work more efficiently, cooling a room faster. Bonus: In a two-fan unit with electrical reversibility and independent control of the two fans via two intake/exhaust switches, you can have one fan perform intake and the other on exhaust simultaneously to maximize cooling efficiency and indoor comfort. 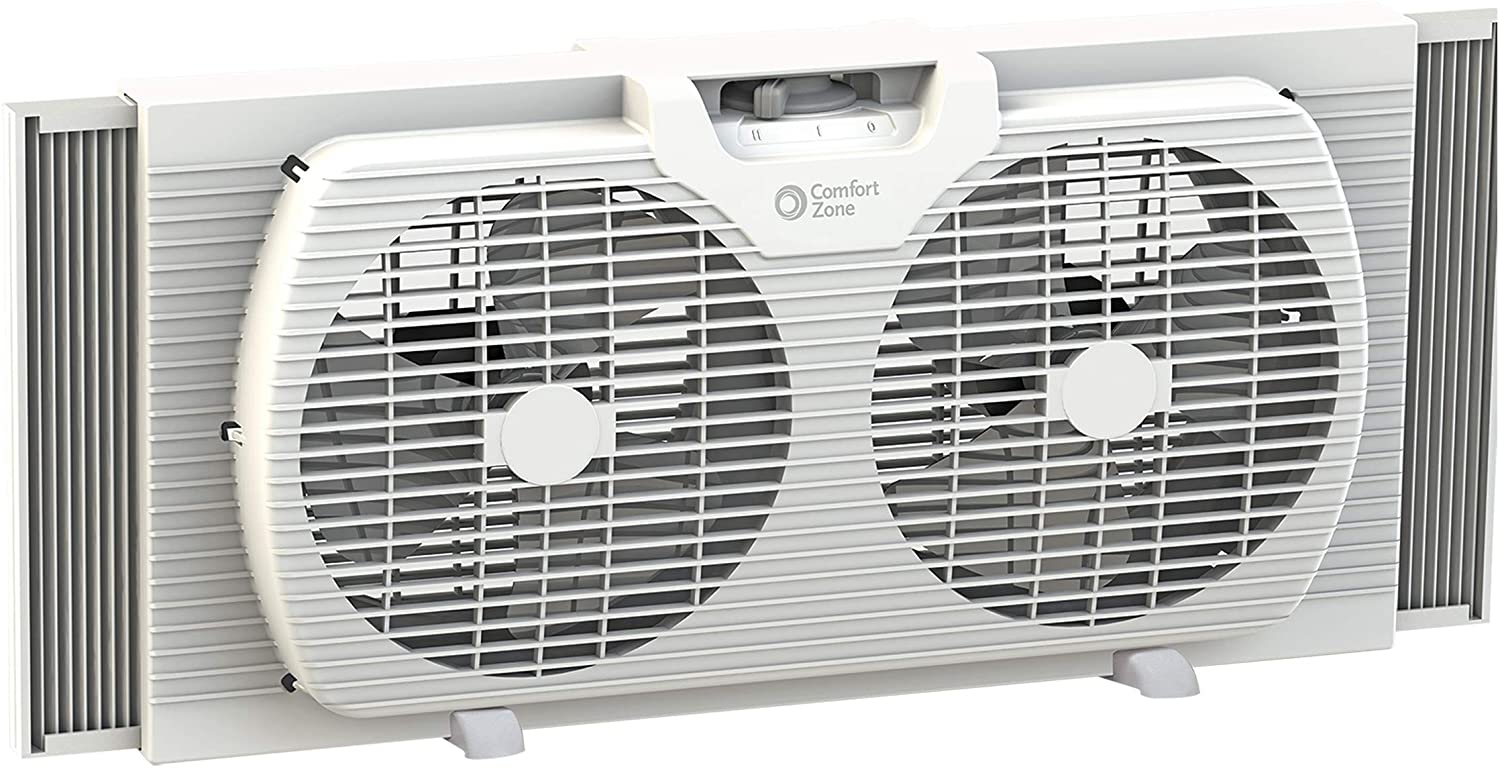 The Best Window Fans for Cooling Down a Room

You can place the twin fans normally, on their side or even angled downwards, but supported, if your window is very small.

Also place wedges on the sides to help hold them in place.

We have both systems in our apartment because we do not have cross ventilation here and I feel uncomfortable having our door open.

Our fans are somewhat different from the images in this post, but you get the general idea.

During the hottest part of the day keep your windows closed and your blinds and/or curtains closed also. Curtains and blinds should also have a white backing to avoid absorbing more heat. I have dark heavy curtains which are back lined with an off-white backing. It works great at keeping the heat out. Not prefect, but it helps.

If you go the route of a portable air conditional unit, make sure it is big enough for your open square footage air space.

In a similar vein to KenWhite's answer I think I would look at:

During the day, when you're in and maybe don't mind your door being open, open the door and a window somewhere else (kitchen? hall?) and put your fans on to either both evacuate or both draw in (if the local takeaway is right under your window, set them to evacuate).. Now they're achieving airflow through the room. As it gets to night, and the environment cools you can drop the speed

If you then want to shut your door whilst sleeping, you can (having hopefully kept the room to a lower temp during the day) turn one of the fans round, down the speed of both of them and have a circulation of air at a lower speed (quiet fan to aid sleep) to keep the room cooler. Building energy use and insolation drops at night so the cooling requirements are lower

I'd fit baffles to the fans to channel the airflow:

Then at night the fan with the two downwards pointing baffles should be flipped round/set to reverse to bring air in. The aim of sending cooler air downwards is to try and help establish stratified air where it's cooler near the floor (where you sleep) than the ceiling

You might also want to consider insulating your floor (big rug?) if you suspect that an overheated apartment underneath you will have a hot ceiling/will warm your floor (your floor acts like under-floor heating)

You may have some success with heat management
. . . (I made-up the name for the following lifehacks).

There will most always be a heat differential (difference) between the inside and the outside. There are also a lesser ones from top to bottom and prairie dogs build their dens to take advantage of airflow from windward to leeward directions.

Fine. Here's how to apply some of the differences: The temperature change will be gradual and slight but these work. If you're persistent, you will get results.

Make or buy a swamp cooler. The name is misleading, but it works with water vapor. It will be amazing.

I have a casement window that opens outwards and the best fan thats fitting in that window is a twelve inch Sea Breeze TurboAire or an XPOWER FC-250AD 13 INCH AIR CIRCULATOR, and as good as both of those are having a second window that opens would offer some great alternate strategies.

23
How to quickly cool off a room without a fan?
10
How to have cross ventilation in a single window room?
7
Preventing smoke entering apartment when windows are opened?
13
Where should a fan be aimed for maximum cooling of a room with one opening?
2
Fix airflow in our apartment
6
How to store books in less than ideal conditions?
1
How to cool an object coated in a thermosetting substance, without damaging/leaving an impression in the coating?
1
Good ventilation for open kitchen in a studio apartment?
1
How to reduce intensity of air flow from my window AC unit
2
Fix air flow in single window gallery apartment