How to Prevent Sleep? [closed]

Ask Question
Asked 3 years, 9 months ago
Active 2 months ago
Viewed 644 times
4
Closed. This question is off-topic. It is not currently accepting answers.

Want to improve this question? Update the question so it's on-topic for Lifehacks Stack Exchange.

I'm a quick sleeper, meaning I go to sleep really fast. My problem is that I want to stay up late sometimes to do stuff without my parents knowing and I accidentally fall asleep in my bed.

My Attempts to Solve My Problem:

I have tried to set an alarm every 5 minutes that would only sound through my earbuds, but soon realized that whenever I would doze off my earbuds would fall out and then I couldn't hear the alarm and wake up.

I want to stay up in bed pretending to sleep so I won't be moving around or anything.

Lie on your back. Stick your arm up and point at the ceiling. Let your elbow lock, so your arm stays straight up, balancing.

If you accidentally fall asleep, your elbow will "unlock", your hand will drop straight down, and you'll gently smack yourself in the face.

I've done this and it keeps me awake! Makes me laugh every time, too.

Here's a quick video I made about it a few years ago: https://www.youtube.com/watch?v=T8ldvvIsZEw

Best way to not sleep is to get out of bed. Move around, do something. Staying in bed, not moving, is the formula for going to sleep, not for avoiding it.

I think what you want is incompatible with the way you want to do it. 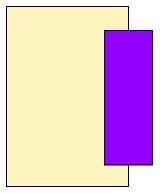 The best to stay awake has always been toothache. However, if you're too healthy for that: Lie on the edge of your bed, one foot & one hand on the ground. It's a little cold, it's a little pain – you won't fall asleep.

Get a muscletrainer that works by sending electrical impulses. Attach it to your thigh (alternate between thighs if you have to wait long). The spasms aren't visible. It is mildly unpleasant, but on the plus side it won't grow your muscles noticeably. It only really works on post-coma patients whose muscles have atrophy.

I think the best way to not sleep is just to think. We fall asleep because we relax and turn our brains off, so the best way to prevent it, is to constantly think and don't let your brain in relax mode.

Here are a few things about this you need to know:

The general idea is to keep your brain working and you accomplish that by constantly changing topics, that's why point about unknown stuff is good because many of such topics overlap with each other and they keep you thinking about more and more things.

Pros:
You will be able to stay awake even if you are really tired.

Cons:
You can't really do other stuff, because you are preocupied by thinking.

This technique is good for staying awake for sake of staying awake. If you don't want to sleep because you want to do other stuff, this one is not for you, but keep in mind that, if the things you want to do fall in some of mentioned categories (so basically make you think alot about different stuff) then that thing you do will also keep you awake.

I´ve only tried this once by accident, but it worked better than any other sleep-preventing method I´ve tried thus far. Buy a raw habanero, cut it up and get some of its juice on your fingers, then use said fingers to rub your eyes. This is guaranteed to keep you up for at least 15 minutes, probably more, and can be repeated when you feel yourself getting sleepy again.

I found this some long time ago, while trying to sleep, sitting on a bench during a particularly long train ride: you can't sleep when there's a piece of chewing gum in your mouth. You jaws just keep chewing it automatically, and for some reason you can't sleep while chewing. Two caveats: 1. the effect may vary from person to person; 2. it may be dangerous, actually, so if you hope to die in a less stupid way than by choking on chewing gum in your sleep, you probably shouldn't try it.

Not the answer you're looking for? Browse other questions tagged sleeping or ask your own question.

72
How to sleep with a stuffy / blocked nose?
0
Earbud wiring setup to avoid yanking laptop / tablet when fall asleep
4
Keeping Sleep Apnea mask on
9
Loud neighbor living upstairs depriving me of my sleep!
6
How To Keep Sleep Mask On While Sleeping
1
Lifehacks to adjust sleep cycle?
1
How do you make your baby sleep early at night?
2
Sleep with earplugs but still hear alarm
7
How to fall asleep on your back